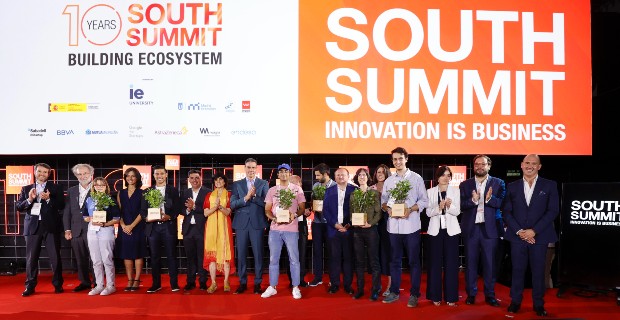 The top prize this year—the tenth—went to Spanish startup Payflow. This Madrid-based B2BC platform allows a company’s employees to access their earnings on demand, allowing them to use the app to instantly receive a percentage of their salary, regardless of the time or location. 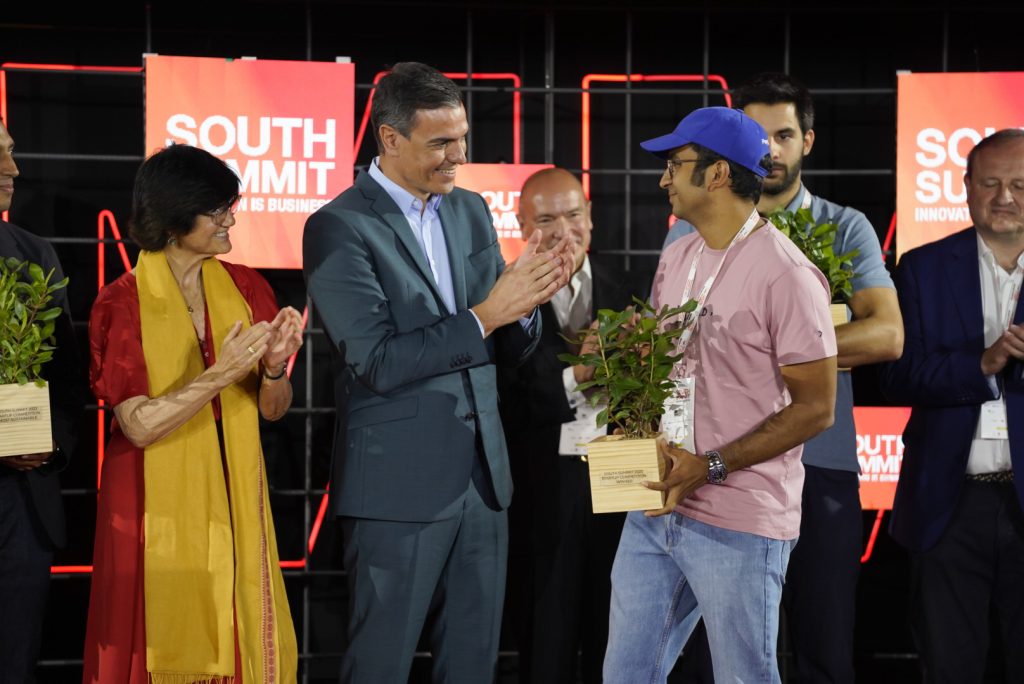 Pedro Sánchez, Spain’s Prime Minister, presided over the closing ceremony and presented the award to Payflow, declaring South Summit “has established itself as an unmissable event in the Spanish ecosystem.”

During the course of the day, the awards recognizing the most disruptive, scalable, sustainable startups and the best team were also announced. Valencia-based company Zeleros won the award for the Most Disruptive Startup. This project has led the development of a Hyperloop project, a ground transportation system that connects urban and logistics centers at a speed of 1,000 km / h with zero direct emissions. In addition, Zeleros also won last Thursday’s Mobility & Smart Cities vertical competition.

Nware won the Most Scalable startup award thanks to its cloud gaming platform that allows users to play any game on any device without the need to buy a console. This Madrid-based startup also won the Comms & Channel vertical.

Nextmol, from Catalonia, received the award for Best Team. This Barcelona startup has created a virtual laboratory to accelerate the design of better and more sustainable chemical products. All this thanks to computational techniques such as molecular modeling and machine learning. Nextmol was also the winning startup in the Industry 5.0 vertical.

Finally, the award for the Most Sustainable startup went to Ryp Labs. This US startup develops simple and effective solutions that can be used at any point in the food supply chain so as to profide a 100% sustainable production process. This startup won the competition in the Energy Transition & Sustainability category.

As part of this event, THE NEXT BIG THING award, which recognizes the entrepreneurial talent of the youngest generation at South Summit, was presented to the Colegio Fernández de Córdoba, a Madrid high school, for its ‘Green Hydroship’ project.

This tenth edition of South Summit brought together the Spanish and global entrepreneurial ecosystem in person at La Nave, completely filling the space for three days. Of all the attendees, 40% were startups, 30% were corporations and 12% were investors. In addition, more than 1,000 one-to-one meetings were held, and 220 investment funds (72% international) with a portfolio of 250,000 million dollars were also present.

University of Geneva: The missing piece to faster, cheaper…

University of Geneva: Olfactory neurons adapt to the…

The other winning projects by category at #SouthSummit22 were:

Before the closing ceremony, South Summit hosted a debate on the transformation of the media on its main stage, with the participation of: Carlos Núñez, CEO of PRISA Media; Marina Specht of McCann; Fuencisla Clemares from Google, and Pipita Marin Rey-Stolle from We Are Knitters.

This panel was followed by a discussion between Roberto Albaladejo of BBVA and Jaime Bosch of Voicemod. Another of the highlights of the morning was a conversation between José Luis Martínez-Almeida, Mayor of Madrid; Ignacio Garralda, President of Mutua Madrileña, and María Benjumea, founder of South Summit. During this debate, focused on the transformation of the capital, Martínez-Almeida pointed out that “the birth of South Summit in 2012 was an important boost to showcase Madrid as a city suitable for entrepreneurship”, and also stressed the importance of “building a city where talent is recognized and has all the opportunities here to continue progressing”.

Garralda added, “the attraction of talent must be the premise in Madrid“, although he also valued the fact that the capital “is an open city and this is a guarantee for many things, such as the possibility of combining work and social life very well”.

On the last day of South Summit Madrid 2022, the empowerment of the next generations was also discussed by brothers Ali Partovi and Hadi Partovi, CEOs of NEO and Code.org, respectively. Both agreed on the importance of computer science in empowering future generations of entrepreneurs. “We want to show that computer science is the most important thing you can study right now, because there is no field or sector that is not conditioned by technology,” said Hadi, while his brother Ali pointed out that “all the great companies in the world were born in the same way: thanks to people who studied computer science”.

Lee Newman, Dean of IE University, and Sal Khan, founder and CEO of Khan Academy, also spoke about education. In this regard, Khan was very specific, stating that “true learning occurs through interaction between people. That is why the Internet is so interesting and revolutionary for education, because it is the first truly interactive medium”. He also wanted to assess the effects that the pandemic has had on education, pointing out that “it has shown that education does not need to be tied to a specific space and time”.

University of Geneva: The missing piece to faster, cheaper and more accurate 3D…

University of Geneva: Olfactory neurons adapt to the surrounding environment

University of Geneva: First genomic sequencing of Monkeypox in Switzerland

University of Geneva: The missing piece to faster, cheaper and more accurate 3D…

iednewsdesk Jul 5, 2022
Engineers at EPFL and the University of Geneva believe they hold the key to automated drone mapping. By combining…

University of Geneva: Olfactory neurons adapt to the surrounding…

University of Geneva: First genomic sequencing of Monkeypox in…

University of Geneva: A convention to decarbonise International Geneva