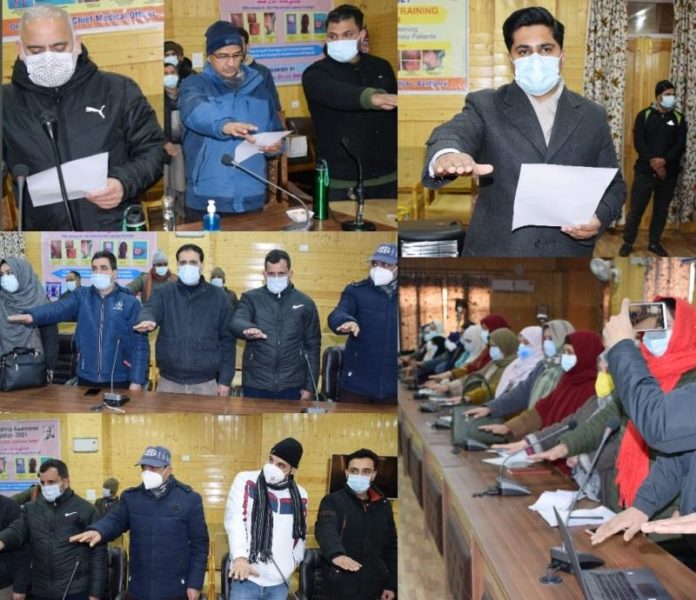 The program was organized jointly by the District administration and Chief Medical Officer Bandipora.

Speaking on the occasion, the DC said that the main objective of organizing the programme is to raise awareness among masses on Leprosy, to reduce stigma and discrimination in community, besides for early detection of Leprosy cases and treatment thereof.

While highlighting the importance of the Leprosy campaign, the DC stressed on creating proper awareness for self-reporting, timely diagnosis and complete MDT treatment of leprosy cases which is crucial for ultimate eradication of the disease.

He said the thrust of this campaign is to promote community participation to reorient the delivery of the service of diagnosis and treatment of leprosy in its early stages from the centralized top-down delivery driven approach to decentralized community based demand-driven approach.

Dr Owais stressed on involving Panchayat Raj institutions that shall help in removing the stigma and discrimination associated with persons affected with this disease. He said the community should be involved to remove the common myths related to leprosy.

A pledge was also administered to participants not to discriminate with leprosy affected persons. A drama was also presented on the occasion by a team of actors highlighting the free medication, symptoms and treatment of leprosy.

On the occasion Senior Medical Officer Dr Parvaiz Sajad informed the audiences that Leprosy disease is totally curable at all stages and is not a communicable disease and signs and symptoms help to detect the Leprosy cases.

Chief Medical Officer Bandipora Dr Bashir Ahmad and other senior officers were present on the occasion.