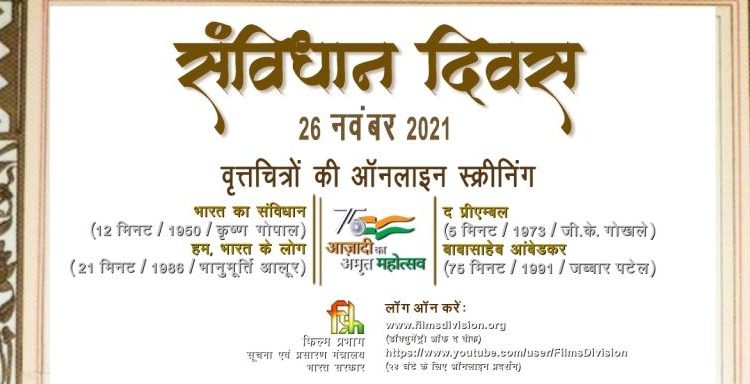 Films that will be showcased on the day include : Our Constitution (12 Min/1950/Krishna Gopal), one of the classics from Films Division bouquet, this documentary translates on the screen various clauses of India’s Constitution that was adopted on January 26, 1950. With the adoption of the Constitution, India became a Sovereign, Democratic, Republic, determined to secure for all its people, justice, liberty, equality & fraternity, and this is aptly depicted in the film.

Another film We, The People of India (21 Min/1986/Bhanumurthy Alur), a valuable gem from Films Division repository, is also a part of the dedicated series on Freedom Struggle and it’s major milestones. This film captures the historic moment of signing of the Constitution of India, which was the realization of a ninety-year long struggle for independence. This film also traces the history of evolution and framing of the Constitution of India.

All the films will be streamed on https://filmsdivision.org/ Documentary of the Week and https://www.youtube.com/user/FilmsDivision for 24 hours on 26th November, 2021.