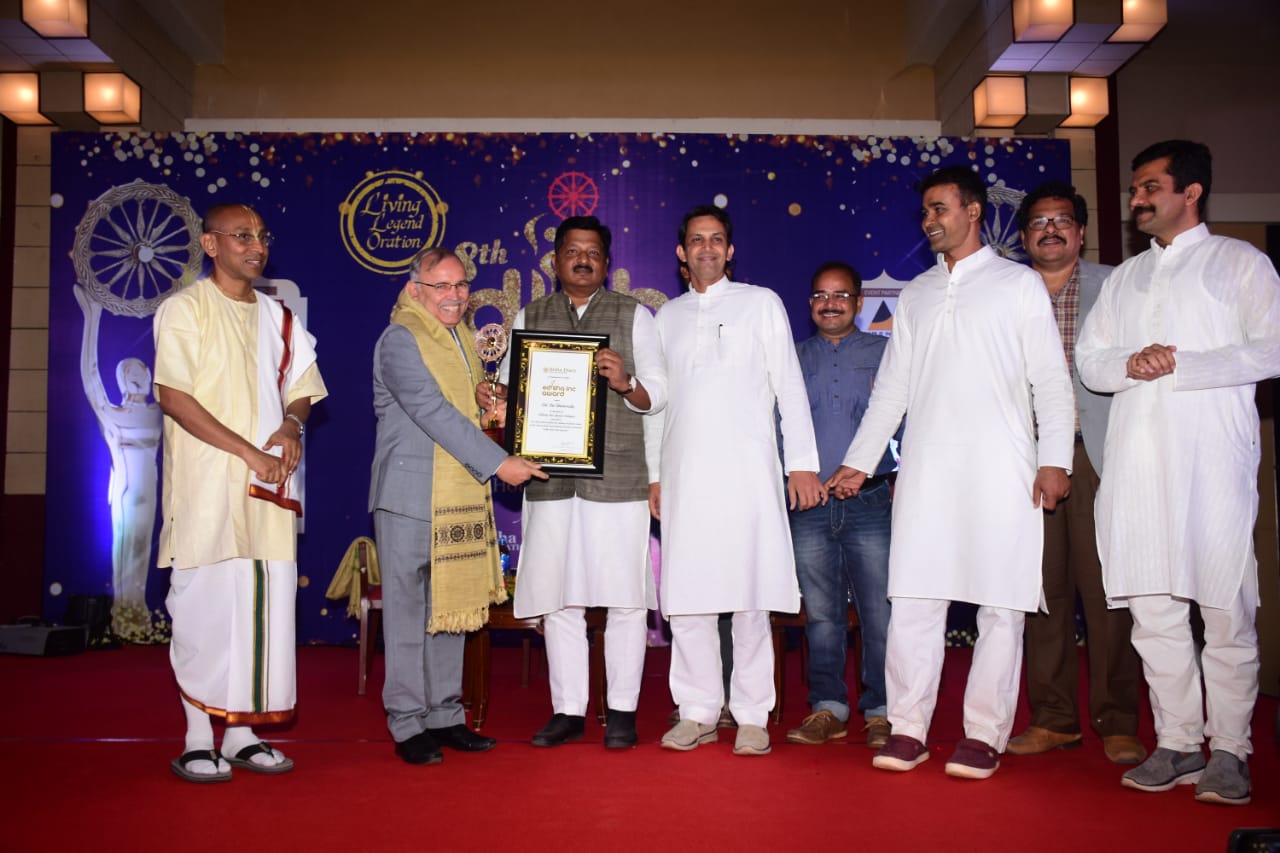 The award citation mentioned about the inspiring work of Sri Sri University. Named after world’s leading Spiritual Master and Humanitarian, Sri Sri Ravi Shankar and founded by the Art of Living Foundation, is located on a peaceful hilltop between the smart city of Bhubaneswar and Silver City of Cuttack on a quarry land of 187 acres on the banks of Kathjodi river. The university got approval in 2009 by Odisha Government and started its first batch in 2012. In the last six years, the university has become a leading new age university in India that has made a significant stride to develop built-in-structures while integrating existing natural eco-system. From a barren land, it has now become a lush green campus in just six years. University has won several awards not just for their unique blending of the eastern science and western technology, but also for their relentless endeavour to integrate campus greenery with the green-ness from within the university community. The University has shown its exemplary commitment to organic agriculture and sattvic food on campus. Its canteen Kaivalya has received ISO Certification in Food Safety Management, a global recognition for the quality and standard maintained by the university.  The university has integrated yoga, pranayama, meditation and spiritual practice to the daily life of students and the university community to promote green thinking.

The citation also mentioned that the OdishaInc award for Green Campus to Sri Sri University is an acknowledgement of their inspiring work in developing green-ness both in thought and practice, both on campus and in human minds. While speaking to media persons here, Prof Nand Lal thanked the Minister Shri Jena and the jury of the OdishaInc Awards. He shared about the successful journey of Sri Sri University in Odisha and how it has added immense value to the lives of students and residents on the campus and the local communities nearby.

Edtech Platform BeyondSkool on a Lookout for Self-driven Skilled Professionals;…

University of Auckland: Children’s screen time and the impact on…

University of Glasgow: Honeycomb Plastics Offer A Peek Into Future Of…

PolyU: PolyU scholars elected into the Canadian Academy of Engineering

University of Wisconsin: Modeling COVID-19 infection based on movement…