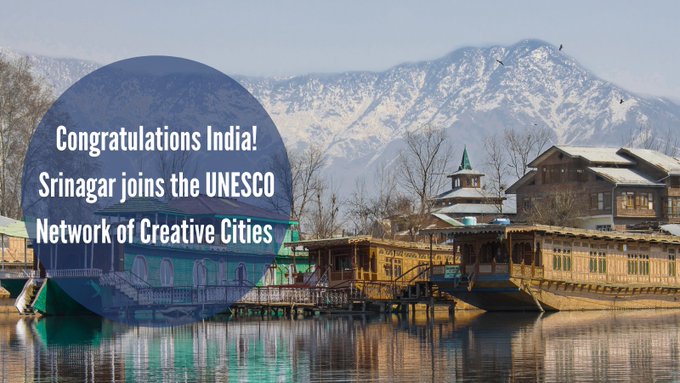 UNESCO announced today that the city of Srinagar has joined the UNESCO Network of Creative Cities. It has been designated aa a Creative City of Craft and Folk Arts.

Worldwide, 49 new cities have joined the UNESCO Creative Cities Network (UCCN) following their designation by UNESCO Director-General Audrey Azoulay, in recognition of their commitment to placing culture and creativity at the heart of their development and to sharing knowledge and good practices.

By joining the UNESCO Creative Cities Network (UCCN), cities commit to sharing their best practices and developing partnerships involving the public and private sectors as well as civil society in order to strengthen the creation, production, distribution and dissemination of cultural activities, goods and services. They also pledge to develop hubs of creativity and innovation and broaden opportunities for creators and professionals in the cultural sector.