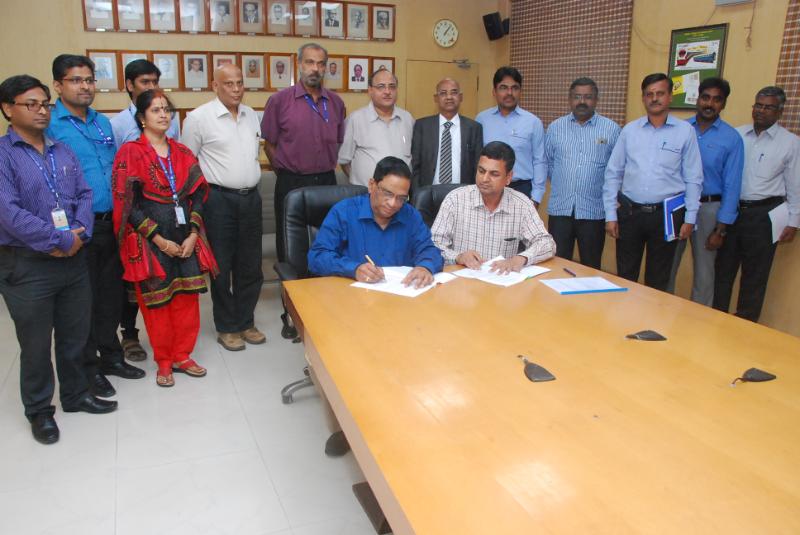 Amaravati: SRM University, AP – Amaravati and SRM Institute of Science and Technology have signed a MoU with Integral Coach Factory(ICF), Chennai for creating a Fuel Cell based Train Prototype. SRM is a leading University engaged in quality research and ICF is a Production Unit under Ministry of Railways engaged in production of Coaches.

Fuel cells have higher efficiency than fossil fuel engines. These also operate silently, compared to internal combustion engines. Hydrogen based Fuel cells can also eliminate pollution caused by burning fossil fuels since they do not produce carbon dioxide (a greenhouse gas) when they are in use.

NREL: Looking at Geothermal Energy Through an International…

SRM will be responsible for conceptualizing and creating the energy storage systems including Fuel Cells, Batteries, Super Capacitors, DC/DC Convertors, and Control systems while ICF will develop the equipment beyond the DC link for the switcher in the coaches. The proposed fuel cell powered train will have Proton Exchange Membrane Fuel Cell (PEMFC) coupled with lithium ion batteries and super capacitors.

The main prototype should be developed and in place by December 2018 and the fuel cell driven passenger train is expected to operate for public transportation by December 2019.

“Hydrogen-based PEM Fuel Cell is one of the best renewable energy sources with increasing efficiency and with zero carbon dioxide emissions. Parallel development of fuel cell powered switcher coach of 100 horsepower as locomotive will be developed along with the passenger train with two coaches. Each coach of 65 passenger capacity operating at a speed of 75 kmph”, says Dr. D. Narayana Rao, Pro VC, SRM University, AP Amaravati.

NREL: Looking at Geothermal Energy Through an International Lens

NREL: JUMP Into STEM Continues To Open Doors to the Building Science Industry

University of São Paulo: Researchers develop a method that can make…