John Hennessy, Stanford president emeritus and the James F. and Mary Lynn Gibbons Professor in the School of Engineering, will share the 2020 BBVA Foundation Frontiers of Knowledge Award in Information and Communication Technologies for his role in creating the approach to central processing unit (CPU) design used in 99 percent of the microprocessors in the world today, and for co-authoring the textbook on computer systems architecture that, three decades and five revisions after its introduction, remains the technical foundation for training computer architecture students in universities everywhere. 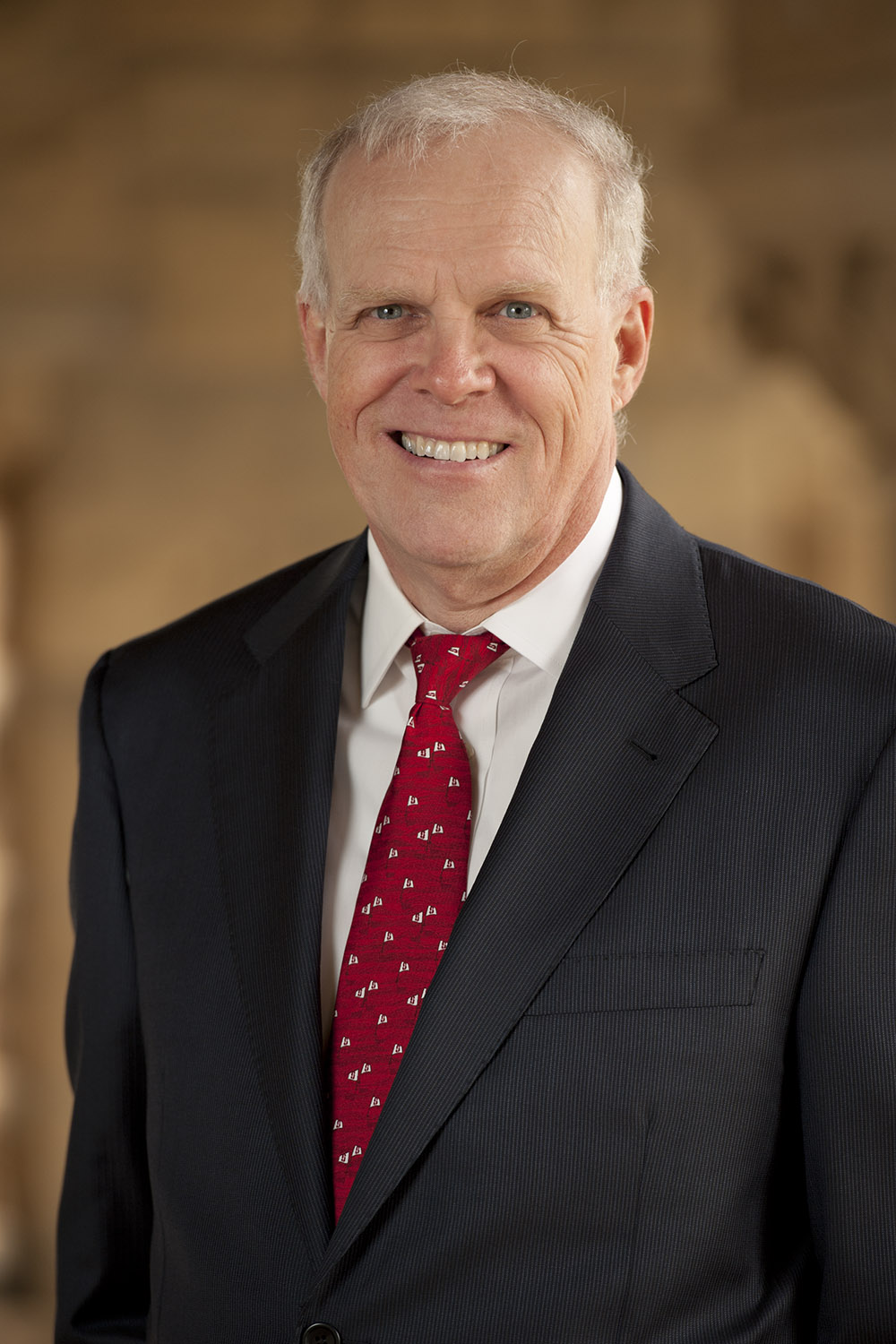 Hennessy shares the award with David Patterson, a professor emeritus of computer science at the University of California, Berkeley, and co-author of the landmark text Computer Architecture: A Quantitative Approach. Patterson and Hennessy were also cited for the development of Reduced Instruction Set Computing (RISC), which since its introduction in the early 1980s has offered a simple yet rigorous set of design principles that make it possible to create computers that are both faster and more energy efficient.

Hennessy and Patterson previously shared the computer industry’s best-known technical honor, the 2017 Turing Award, for their joint efforts in developing RISC. The Frontiers of Knowledge Award announced jointly Wednesday by the BBVA Foundation and the Spanish National Research Council (CSIC) emphasized the pedagogical contributions of these innovators who, while working with companies to develop practical RISC processors, preserved their professorial roots and amplified their technical and commercial impact by helping, through their own teaching and textbook, to train successive generations of systems engineers.

“One of the great joys of my life is finding that there are students all over the world who appreciate our work,” Hennessy said in a statement announcing the award.

An international committee of seven academic and industrial experts considered 39 nominees before conferring the award on Hennessy and Patterson, whose candidacy was advanced by Mark Horowitz, the Yahoo! Founders Professor in the School of Engineering and professor of computer science and of electrical engineering at Stanford.

The award citation issued by committee chairperson Joos Vandewalle, honorary president of the Royal Flemish Academy of Belgium for Science and the Arts, describes the two professors as being “synonymous with the inception and formalization” of CPU design, and pivotal in training future engineers whose collective efforts provide the technological foundation of modern computing. 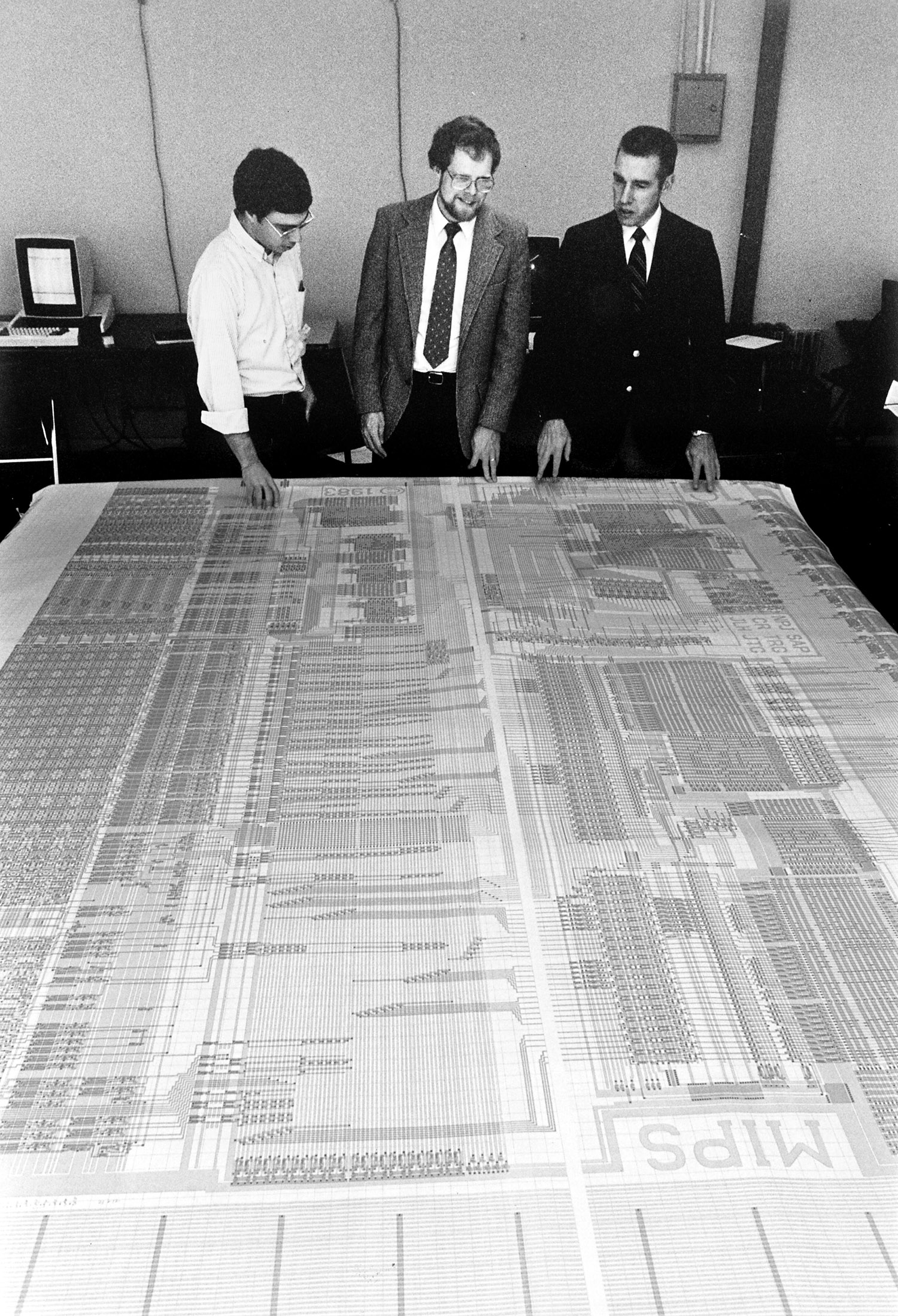 “Before their work, the design of computers – and in particular the measurement of computer performance – was more of an art than a science, and practitioners lacked a set of repeatable principles to conceptualize and evaluate computer designs,” the citation reads. “Patterson and Hennessy provided, for the first time, a conceptual framework that gave the field a grounded approach toward measuring a computer’s performance, energy efficiency and complexity.”

Ron Ho, secretary of the seven-member selection committee and director of silicon engineering at Facebook, said prior to the introduction of RISC, each different company had its own formula for chip design. “It was like witchcraft, a series of methods that were hard to pass on,” Ho said in the awards statement. “Hennessy and Patterson changed all that. … Computer architecture moved from being a dark art to being a science, a systematized body of transmissible knowledge. They democratized the knowledge needed to design computers, bringing it within everyone’s reach.”

The textbook the pair co-authored was a principle agent of that democratization and the achievement that Hennessy chose to highlight when accepting the BBVA award. “Computer architecture was being taught in a very descriptive fashion, almost if you were walking through a museum like El Prado and looking at two different paintings and trying to compare them,” he said. “We weren’t happy with that approach. We wanted something that was based on important measures like performance and cost. We began to write our book based on those things so that the field would acquire an engineering and scientific approach rather than one based on mere description. That was just over 30 years ago and today the book is available in more than a dozen languages and has been used by hundreds of thousands of young students around the world.”

Looking at the challenges facing computing today, Hennessy cited the rise of artificial intelligence as demanding the next level of innovation in system architecture. “The demand for performance for AI is growing by leaps and bounds, so we are going to rethink the way we design computers to design them to do those highly intensive tasks, like machine learning, very efficiently,” he said. “And that is going to lead to lots of new innovation and excitement, and opportunities for young people to make important contributions.”

The BBVA Foundation Frontiers of Knowledge Awards, Premios Fundación BBVA Fronteras del Conocimiento in Spanish, recognize significant contributions in the areas of scientific research and cultural creation ranging from basic discovery to music and opera to the humanities and social sciences. BBVA published video interviews of Hennessy and Patterson in its award announcement. Depending on travel restrictions, the formal award presentation will be made either at a gathering scheduled for Sept. 21 in Bilbao, Spain, or through a combination of onsite and online activities.