Since the COVID-19 pandemic has forced education to move online, many students affected by homelessness have struggled to keep up academically with their peers due to limited or no access to computers. Now, two Stanford students are working hard to help close this technology gap – known as the digital divide – with their nonprofit organization Bridging Tech.

Seniors Isabel Wang and Margot Bellon are the founders of Bridging Tech, a charitable organization that provides refurbished computers to students affected by homelessness.

“In response to COVID-19, we created Bridging Tech so that children affected by homelessness can have the same opportunities to learn,” said Isabel Wang.

Since April, Wang and fellow Stanford senior Margot Bellon have been busy bringing their charity to scale. They have assembled a large network of volunteers, partnered with other organizations and donated hundreds of computers to students in shelters. In just a few months, Bridging Tech has expanded its services beyond the Bay Area and is now operating in numerous states.

With the arrival of the holiday season, Bellon and Wang expect to nearly double their donations before the end of the year. And with continued support from donors, partners and volunteers, they hope to one day take their services internationally.

“Our ultimate goal is to help bridge educational inequity and ensure that all of these students have an equal opportunity of going to school, being successful and obtaining jobs,” said Bellon.

Shortly after schools in the United States moved instruction online, Bellon and Wang became frustrated by how the change was affecting students who lacked access to computers outside of their schools. 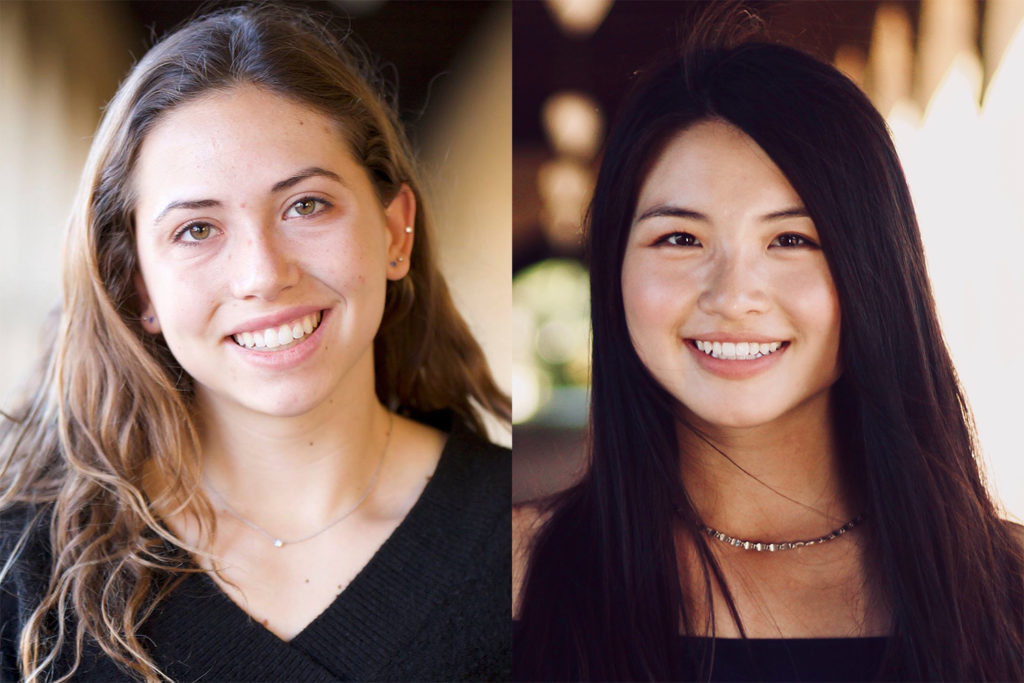 “What we learned when we were creating Bridging Tech is that there are 11 million children in the U.S. alone who do not have their own laptop or computer, or a suitable device for learning at home,” said Wang.

Bellon said that this digital divide has been exacerbated by the pandemic and could have long-term adverse effects for those students.

“The students that didn’t have a device before [the pandemic], [now] can’t go to school at all, which is almost a guarantee for them to be held back a grade,” she said.

Bellon and Wang focused their services on K–12 students, who are typically the most disadvantaged and most likely to be without a computer. Then they devised a process for acquiring laptops and delivering them.

Wang and Bellon oversee every aspect of Bridging Tech’s growing operation. They currently manage eight teams tackling everything from marketing to technology, as well as a core team of about 30 volunteers, including many Stanford students. They’ve partnered with numerous organizations, such as professional refurbishers and charities that provide Wi-Fi connectivity in shelters. They also provide tutoring services and have launched a mentorship program that connects students affected by homelessness with someone who can answer questions about schools and careers.

To date, Bridging Tech has donated 437 computers to students in numerous cities across the United States, including San Francisco, Los Angeles, Atlanta and New York. The organization is expected to give away another 400 laptops by the end of 2020. Bellon said that in the coming months they also hope to expand the organization beyond large urban centers.

“Students in cities tend to have more access to Wi-Fi and public libraries with computers in general, so we want to bridge this gap for students in more remote areas,” she said.

Bridging Tech is a deeply personal project for both Bellon and Wang, who have been involved with social justice issues for many years. Bellon, a biology major from San Mateo, has volunteered in Bay Area homeless shelters, where she’s become acutely aware of the social inequities within Silicon Valley. And Wang, a symbolic systems major who is currently on a leave of absence from Stanford, grew up spearheading public health and race relations initiatives focused on educational equity in Shaker Heights, Ohio, a community known for addressing racial disparities. They said that when it comes to education, the current public health crisis is only making social inequities worse because many students lack access to modern learning technologies.

“You have to have a laptop to learn, especially in this moment in particular because of the pandemic,” Wang said. “If you don’t access technology early on, you’re not going to be able to catch up, and so that’s why it’s so important that we provide these tools.”

Wang and Bellon said building Bridging Tech has been an incredibly collaborative effort. They are grateful for the support of their many volunteers, donors and partners, as well as the Stanford community.

“Our Stanford connections have made an enormous impact,” said Bellon. “One of the first things we did when founding this was reach out to alumni through the Stanford Alumni Mentoring Network. These alumni were some of our first supporters and mentors, and account for a large percentage of Bridging Tech’s donations.”

Bellon and Wang hope to continue establishing new partnerships. Anyone interested in donating a laptop, partnering with or serving as a volunteer for Bridging Tech is encouraged to visit the organization’s website.