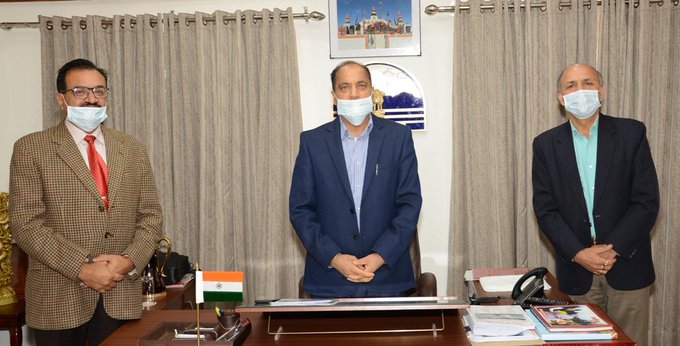 Shimla: The State Government is committed to make Himachal Pradesh a favourite destination for the investors by providing them all possible incentives and above all ensuring conducive atmosphere for investment in the State. This was stated by Chief Minister Jai Ram Thakur while interacting with the Director for Corporate Affairs, CT Power Limited, New Delhi S.K. Mishra through video conferencing from Shimla today.

Chief Minister assured the Director for Corporate Affairs, CT Power Limited that the State Government would provide all possible help to the Company in investment endeavours.

Director for Corporate Affairs, CT Power Limited S.K. Mishra apprised the Chief Minister that the Company was interested for setting up of two 250 MW each capacity Solar power plants in the State. He said that the company was also willing to setup a five star hotel preferably in Shimla, Kangra or Mandi district of the State. He said the endeavour of the Company is to introduce a top US Hotel chain brand MGM Hotel in the State.