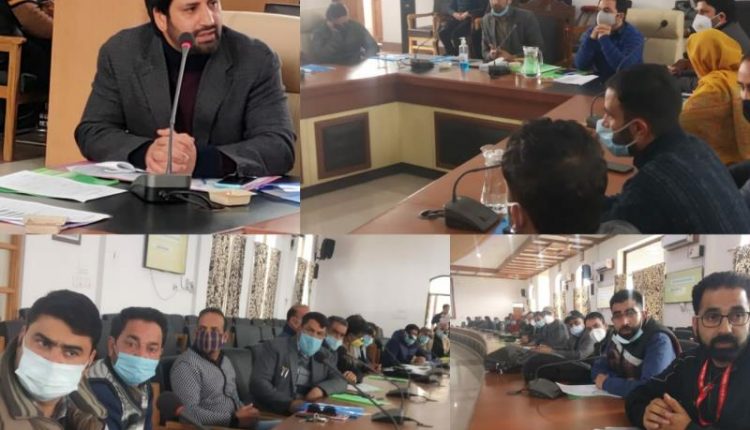 The programme witnessed key lectures & presentations from the resource persons of the department who apprised the participants about the important aspects of the TDS deductions.

In his presentation, Dr. Mohammad Hussain Mir elaborated the role and responsibilities of the DDOs vis-a-vis the TDS collection. He said that TDS Acts as a tax footprint for the government payments and tax collection. “Consequently, the deduction of TDS and filling of returns in the form of GSTR-7 becomes more than important in larger scheme of tax collection”, he added.

Further highlighting the role of TDS deductions in the process of Tax collection, Dr Mir said, “Government Works Contractors & Suppliers are among the biggest contributors to the tax revenue and thus the DDOs involved in Supplies and Works Contracts should be equipped with thorough knowledge about these deductions”.

Informing about the tax scenario of the district, he said that the district having a vibrant business culture including works contracts, has a great potential to emerge as a major tax contributing district on the taxation map of the UT. He also advised the officers to reach out personally to the tax payers to ensure implementation of all provisions of the act.

He also informed that series of such programmes are in pipeline to raise awareness among the stakeholders of taxation system. “These programmes also develop an ecosystem of tax compliance,” he remarked.

At the end of the programme, a full question & answer session was held in which the participants raised many queries and those were responded satisfactorily.

SEHAT cards to be issued on Mission Mode: DDC Shopian