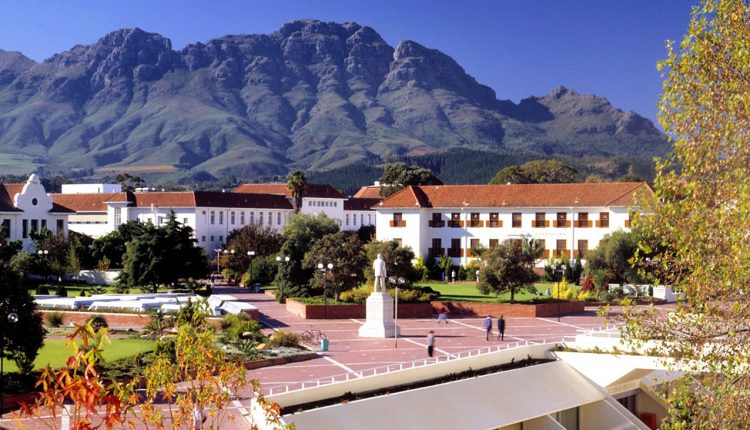 The first robot-assisted total hysterectomy in South Africa was recently performed successfully by a team of surgical specialists from Tygerberg Hospital and Stellenbosch University’s (SU) Faculty of Medicine and Health Sciences (FMHS).

This minimally invasive procedure, which was performed on six patients with the assistance of the Da Vinci robotic system that was recently acquired by Tygerberg Hospital, brings hope to the thousands of women who require hysterectomies and other gynaecological surgeries every year, including cancer patients.

According to the surgeons, the procedures were uncomplicated. All six patients were discharged within 48 hours and made good recoveries with excellent outcomes.

The first three robotic hysterectomies in South Africa were performed by Dr Viju Thomas, Head of the FMHS’ Minimal Access Gynaecological Surgery (MAGS) programme, with the assistance of Dr Annelize Barnard, an accomplished endoscopic surgeon and a MAGS fellow, as well as Dr Tik Shan Cheung, a recent graduate. Barnard performed the next three surgeries, assisted by Thomas, Cheung and Dr Liesl Muller from the Department of Obstetrics and Gynaecology.

According to Barnard, the successful performance of this procedure firmly puts Tygerberg Hospital and SU at the forefront of the development of gynaecological robotic surgery in South Africa.

Regarding the significance of this pioneering procedure for the patient, Barnard says minimally invasive surgery (MIS) is well known to offer better outcomes for patients in regard to postoperative pain, scarring, length of hospital stay as well as recovery time. Some procedures are also better performed with MIS, as the technique offers magnified vision and enables more meticulous dissection techniques.

“However, conventional MIS is limited by the long time it takes surgeons to become proficient in the technique, as well as the inherent limitation of working with long instruments with a limited range of motion. Robotic surgery enables the surgeon to adopt more natural hand movements to manipulate instruments. It is therefore easier to perform complex actions and access hard-to-reach areas.

“While there is still a role for open hysterectomy procedures in certain situations, MIS has become the mainstay of hysterectomy in many parts of the world, and laparoscopic hysterectomies have been common in South Africa for many years.”

Regarding the significance of the availability of robotic facilities at Tygerberg, Barnard explains that patients in whom laparoscopic surgery would have been particularly challenging – such as those with obesity, complicated pathology, gynaecological malignancy, or advanced endometriosis – can now also benefit from MIS.

“The Da Vinci system also offers the ability to see the area to be operated in 3D and with fluorescent technology, which further enhances the surgeon’s ability to define anatomical structures and abnormalities. The fluorescent technology enables us to inject a marker to map the pathway in which a malignancy may spread and enables us to offer more targeted treatment with fewer side effects.”

Although they opted to start their robotic training with the familiar field of hysterectomies, the aim is to eventually use it for more advanced procedures, such as endometriosis and the dissection of lymph nodes to check for signs of cancer.

Thomas and Barnard, who both possess advanced laparoscopic skills, were elected by the Department of Obstetrics and Gynaecology to undergo the rigorous training for Tygerberg Hospital’s robotic programme and expand their surgical repertoire to perform procedures that are currently limited by the technical aspects of conventional laparoscopy.

As head of the MAGS unit, Thomas is the driving force behind the Department of Obstetrics and Gynaecology’s endoscopic program. He is a national and international leader in the field of endometriosis, has trained gynaecologists throughout the country and teaches the surgical aspects and gynaecological endoscopy, including hysterectomy and endometriosis surgery. Barnard is a specialist at Karl Bremer Hospital and is involved in the training of FMHS MMed gynaecology students in endoscopy and hysteroscopy.

Thomas and Barnard had to complete many hours of simulator training to become familiar with the robotic system. This was followed by technical training at Tygerberg and the ORSI Academy in Belgium, a high-technology centre for surgical innovation and expertise. The procedures they performed at Tygerberg Hospital were conducted under the watchful eye of Dr Thomas Herbert, a French robotic surgeon.

Regarding the significance of their achievement, Barnard says having the technical ability to offer MIS to women who would otherwise not have had access to this option is a huge step forward.

“There is no argument that robotic surgery is here to stay, and we will probably see many advances in this field in the future. It is an amazing opportunity to be at the forefront of local gynaecological robotic development.

“Being able to make this part of the training we offer MAGS students, firmly puts SU at the forefront of gynaecological endoscopy in South Africa,” she adds.

Because a robotic-assisted hysterectomy is more precise and requires smaller incisions, it reduces the chances of bleeding, infection, and other complications. Studies have shown that women receiving hysterectomies with the Da Vinci system have less blood loss and require fewer blood transfusions compared with traditional hysterectomy surgery.

​​The FMHS hosted the inaugural congress of the South African Society for Gynaecological Endoscopy (SASGE) at the end of May. The programme was heavily focussed on surgical training and live surgery in theatres at Tygerberg Hospital was live streamed to the congress venue at the Taj Hotel in Cape Town. The live surgery is made possible in part by a donation from Gift of the Givers to fund an additional theatre list on Saturdays to facilitate the catch-up of the surgical backlog created by Covid-19. Dr Imtiaz Sooliman of Gift of the Givers attended the robotic hysterectomy that was performed on 28 May.