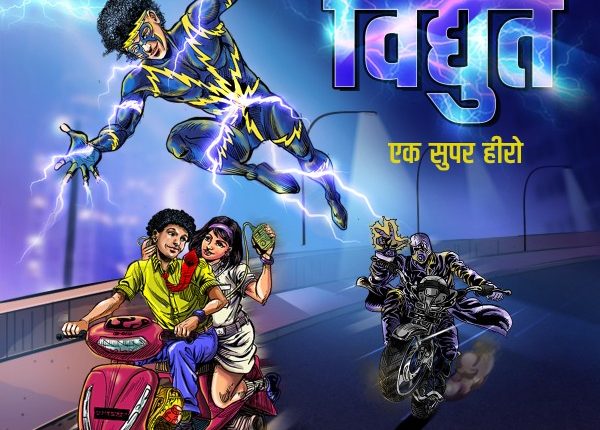 · Anupam Sinha the creator of Super Commando Dhruva creates audiobook ‘Vidyut: Ek Superhero’ for Storytel · Vidyut is a teenage character who has electric power as his superpower · To make it more realistic and entertaining sound design, sound effects, background music and sound effects have been used

New Delhi: Storytel which has taken the Indian audiobook market by storm brings Vidyut: Ek Superhero, yet another creative concept to its audience. Anupam Sinha, the Indian comic book artist and writer, along with publisher Priyamvada Rastogi has created the first audiobook superhero for Storytel. The first season is out and has ten episodes.

Vidyut is a teenage character who has electric power as his superpower. The Indianness of the character is maintained by associating its super power to Ayurveda and Jadi Buti. Vidyut has also an alter ego in this series and his side kick is Urmi. The language of narration is Hindi and the Category is Teens and Young Adult. With this new project the idea is to create a superhero universe in the world of audio books.

During a Facebook live session on 2nd July  hosted by Publishing Manager of Storytel Giriraj Kiradoo, Anupam and Priyamvada talked about their experiences and challenges of working on this new format. Anupam Sinha who is the creator of famous Indian comic book superhero Super Commando Dhruva, said that for him the biggest challenge was to learn the format of writing for audio. He said that to create the imagery in the minds of the listeners when they listen to the audio book was a challenge and needed a different approach. I had taken some time to understand this  new format of storytelling.

Anupam said that Priyamvada was clear in her thoughts and in her selection that they needed a teenage character, with superpower and action; and make it appear believable.

Further adding Priyamvada said that Vidyut is an audio drama with multiple cast.  To  make it more realistic and entertaining sound design,  sound effects, background music and sound effects are used by the production team.

Anupam said that  for writing  the pilot episode  of Vidyut: Ek superhero he has  taken three to four drafts but it was really a nice learning experience and enjoyed this journey.

They also confirmed on the Facebook Live that looking at the good response, the team has already begun working on the second season of Vidyut: Ek Superhero.

The sample episodes could be listened to in the following link: