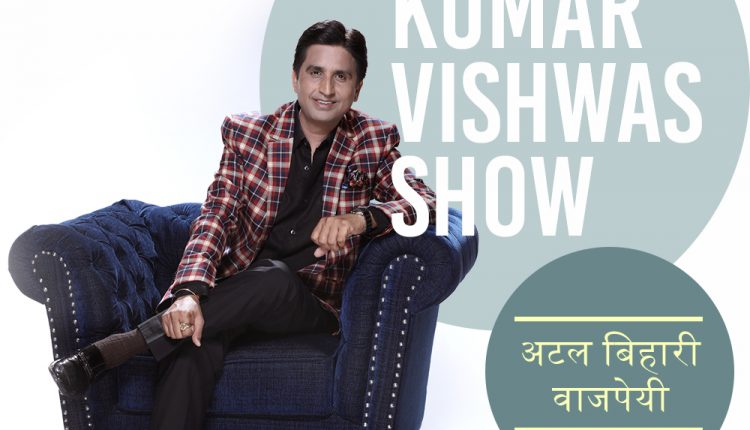 · Audiobooks available of authors like Ravish Kumar, Rahat Indori, Periyar, Namita Gokhale, Dr. Narendra Dabholkar · Storytel to collaborate with Rekhta to present Urdu literary giants · A new show titled ‘The Kumar Vishwas Show’ to focus on personalities who were part of nation building · Nikhil Sachan popular Hindi title ‘Papaman’ to be released in August · Valid from 5th to 31st August 2021 only · During the offer period from 5th to 31stAugust 2021 the prices of 1 month and 6 months are slashed to INR 59 and INR 345 respectively

New Delhi, 5thAugust 2021: With his poem ‘Where the Mind is Without Fear’, Rabindranath Tagore tugged at the strings of every Indian heart. He imagined a world where we abandoned dwelling on our differences, for the collective pursuit of truth and perfection. To commemorate this ideal, Storytel presents audiobooks that capture the sentiment of freedom. These include Bolna Hi Hai by Ravish Kumar, Chand Pagal Hai by Rahat Indori, Jati Vyavstha aur Pitrisatta by Periyar E.V. Ramaswamy, Sachchi Ramayan by Periyar E.V. Ramaswamy, Raag Pahadi by Namita Gokhale, Man-Man Ke Sawal by Dr. Narendra Dabholkar and Hamid Dabholkar, and many more.

This freedom month, explore the minds of authors who appreciate the freedom of speech and thought; brought to life in the audiobook format for you by Storytel. Enjoy special discounts on subscription packages for the entirety of this month, and fall in love with aazadi once again.

Yogesh Dashrath, Country Manager Storytel India said, “This month we are all celebrating freedom and we at Storytel wanted to extend that to our subscribers as well. True to our vision, we want stories to be shared and enjoyed by anyone, anywhere and anytime. With the limited period Select Subscription at such a competitive pricing, customers will be able to enjoy stories in their own language.”

Storytel in collaboration with Rekhta will be releasing 10 titles under the series ‘RekhtakeUstaad’ “रेख़्तेकेउस्ताद“that are based on legendary poets like Amir Khushro, Jaun Eliya, Firaq Gorakhpuri, Bashir Badra, Nida Fazli, Dushyant kumar and many more. Abhishek Shukla will narrate about these poets in ten episodes.

Storytel also plans to release a new show with Dr.Kumar Vishwas. In this series “The Kumar Vishwas Show”, he will talk about 26 eminent personalities who have contributed in different fields and their exemplary work has impacted the society. These includes greats likes Atal Bihari Vajpayee,  Indira Gandhi, Dhyan Chand, Mohammad Rafi, Avtaar Singh Paash and many more names will announced in coming days. Kumar Vishwas has previously collaborated with Storytel and narrated immensely popular fiction ‘Gunahon ka Devta’ and a series on ‘Bhakti Prem Vidroh’ encompassing Mira to Baba Farid.

August will also see the launch of Nikhil Sachan popular Hindi title “Papaman”. The Director of Pink movie Aniruddha Roy Chowdhury has already taken its right and in coming months a movie based on the same book will appear at box office.

With “Select subscription” subscribers can get unlimited access to audiobooks and eBooks in 11 regional languages. Given the current pandemic situation there is more time in hand and it has encouraged users to catch up on their lost reading. As people stay home, listening to audiobooks has become a good way to relax and reduce anxiety. With a month discount period for its customers, it encourages the Freedom to listen to stories.

Select subscriptions are priced at INR 149 per month and the 6 month offer rests at INR 599. During the offer period from 5th-31st August 2021 the prices are slashed to INR 59 and 345 respectively. This is a limited period offer and post 31st August the prices will revert back.

Storytel is an audiobook and eBook app streaming service launched in India on 27th Nov 2017. The company is headquartered in Stockholm, Sweden and currently present in 25 markets across the globe. In India, the app currently hosts more than 2 lacs+ audiobooks and eBooks across 12 languages namely English, Hindi, Marathi, Urdu, Bengali, Tamil, Malayalam, Telugu, Assamese, Gujarati and Kannada. Our vision is to make the world a more empathetic place with great stories to be shared and enjoyed by anyone, anywhere and anytime

After 2 Lakh Registrations For BITE ‘21, ETG announces Another Free Opportunity for Students