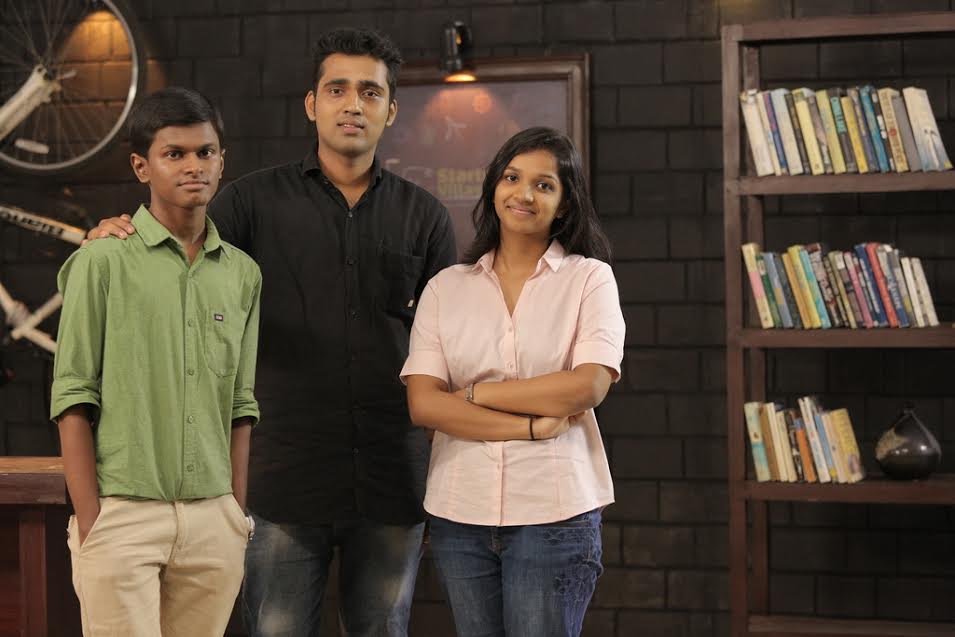 Founded by Aravind Muraleedharan, Vivek S, Abin Alias, Aswin Dev and Sarah Abraham while in their third year of engineering at the Muthoot Institute of Technology And Science in Ernakulam, Kerala, SYM was a fintech idea they built into a startup while enrolled in the digital learning programme of the Startup Village Collective (SV.CO).

The SYM platform, still in its nascent stage, has not had measurable commercial success, but the talented team drew the attention of GMG, which has previously hired founders mentored by SV.CO.

“Students who are building campus startups pick up engineering, design and product skills which are in demand in the industry,” said Abhilash Krishna, Founder and CEO of Good Methods Global. “We have previously acquired another team from SV.CO and that has worked out really well for us, with one of the top students now working out of our US office.”

Sachu Shylan was part of the team Creditoflux from the 2015 batch of SV.CO’s #StartInCollege programme. The team was aquihired by GMG in 2016 and is now in the US to expand business operations with global customers.

SYM’s Aravind and Sarah are part of the QA functions at GMG while Vivek has joined their Engineering team.

“The industry skills and exposure that we got by starting a campus startup has given us an entrepreneurial mindset. Even though we failed commercially in our campus venture, the confidence and knowledge we gained with the startup has allowed us join the GMG team and continue learning how to build and grow a startup into a successful company,” said Aravind.

In the past few years, Kerala has been at the forefront of shaping startup ecosystems in colleges and schools through policy, infrastructure and other support. SV.CO began life as the country’s first PPP telecom technology incubator in Kochi before going completely digital.

The telecom incubator in Kochi is now an Innovation Zone managed by the Kerala Startup Mission (KSUM) which is actively encouraging youth entrepreneurship in the state.

Sanjay Vijayakumar, the Chairman of the Startup Village Collective, said the SV.CO programme is designed to give students an early start in acquiring both industry and life skills necessary for their careers.

“A key advantage for the SYM Students was that they started their campus startup while in 3rd year of college. This allowed them to go through two years of industry experiences through participation in startup events and meeting with customers that gave them an advantage over students who have never created campus startups,” he said.

The #StartinCollege programme also offers founders a chance to get first-hand global exposure to the Silicon Valley with a week-long US visit at the end of the programme. A group of 33 founders across six states from the third batch of the programme returned last week after visiting offices of tech giants such as Facebook, Intel and Google, networking with professionals, attending learning sessions, visiting incubators and pitching to potential investors.

SV.CO’s 2017 admissions will begin this month with Season 2 of the #StartinCollege campaign launched across colleges in India.

Entrepreneurs, CEOs, MDs, VPs across the country connect with their alma mater to reminiscence about their life at GIM at ‘Imprints 2017’