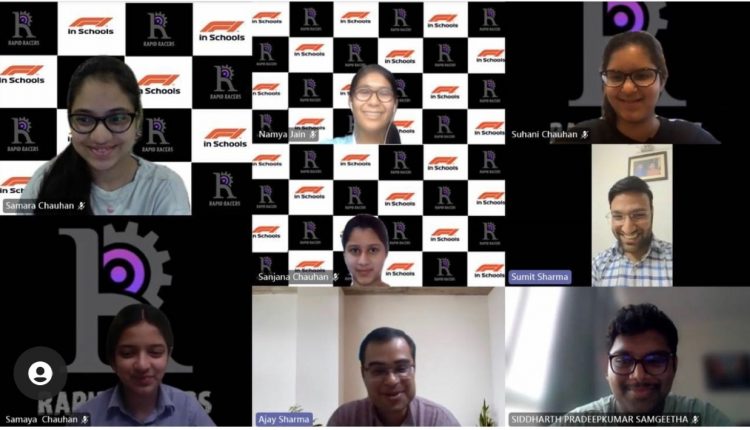 The team will now be representing India in the Internationals Competition now. On the Occasion, Dr. Amita Chauhan, Chairperson, Amity Group of Schools congratulated the students and wished them a bright future. She said, “I would like my students to win the International Competition as well and seeing girls’ student doing so well in car racing event is very encouraging”.

Mrs. Ameeta Mohan, Principal, Amity international school, Pushp Vihar said, “out of 43 teams that participated, our team secured the 9th position overall thereby coming in the Top 10 teams at National level. Team Rapid Racers collaborated with Amity University for designing and engineering of the car. They also collaborated with IIT Delhi for the wind tunnel testing of the car and Amitasha, an NGO to empower the girl child. They are determined to promote STEM and Motorsport by encouraging more girls to participate in such competitions by breaking the stereotypes,” said Ms Mohan

About F1 in Schools National Open Finals – The competition is currently operational in around 51 countries and was first introduced in 1999 in the UK. The challenge inspires teams to use IT to learn about physics, aerodynamics, designing, manufacturing, teamwork, media skills and apply them in a competitive yet practical and exciting way. The aim is to introduce young students to engineering and entrepreneurship in a fun, experimental way. This was the fourth season of F1 in Schools Nationals in India. Although the platform was virtual due to the unprecedented circumstances due to the Covid-19 pandemic, the impeccable way in which the competition was organised kept the atmosphere electrified all through and students did not miss on any aspect of the competition, including the races, which were streamed for all teams to watch.