Lack of political will and under-resourcing are two barriers faced by vital nutrition programs in Africa, a new University of Toronto study has found.

“Malnutrition is a complex issue and there’s no simple, blanket approach that will address it,” says Obidimma Ezezika, an assistant professor, teaching stream, in the department of health and society at U of T Scarborough who is lead author of the study.

“There is an abundance of evidence pointing to the importance of these programs, yet governments and other stakeholders continue to fall short in implementing them. Overcoming these barriers can drastically reduce the complex health issues facing the continent.”

Large-scale nutrition programs are often co-ordinated by NGOs or national and state governments in response to specific nutritional deficits such as malnutrition, undernutrition or in some cases overnutrition resulting from the excessive intake of one particular type of food.

These programs can include fortifying certain foods with vitamins or nutrients, planting crops that are high in a particular nutrient, education programs promoting crop diversity or dietary information, as well as the widespread distribution of vitamin pills.

Ezezika and his team looked at 34 studies on large-scale nutritional programs delivered in Africa between 2010 and 2019 and identified several key barriers. They found that programs often lack political support and effective leadership to ensure they’re properly monitored and evaluated. A lack of resources, including mobilizing enough health-care and volunteer staff, is also a significant barrier. 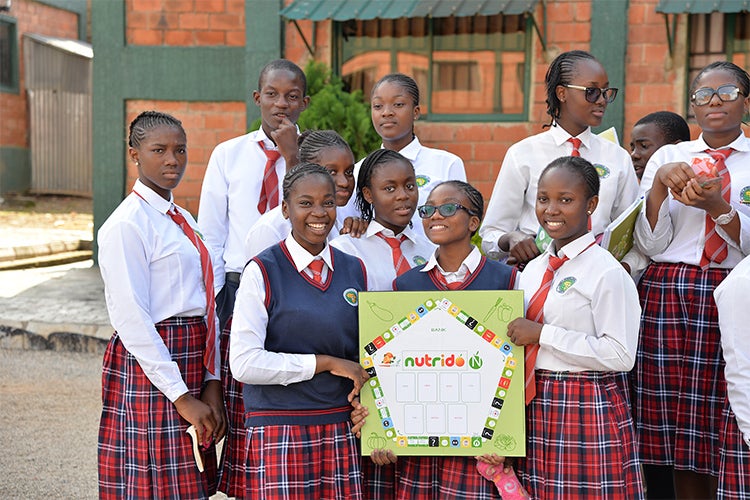 Another challenge is tailoring programs to meet local or cultural needs. Ezezika says if a program is trying to supplement vitamin A through sweet potatoes, for example, it may be difficult or impossible to grow the crop in certain areas due to soil conditions. It might also be too costly for farmers to plant, or, culturally, it might not be part of the regular diet.

“One program that works in a rural area of Kenya may not work in a rural area of Uganda – or even in a different area of the same country,” says Ezezika, an expert on global food security and nutrition who holds an appointment at U of T’s Dalla Lana School of Public Health.

“Successful programs need to take into account the cultural food preferences of a particular population, so it’s important to have community involvement in the planning and implementation phase.”

Ezezika says successful approaches may also involve partnering with successful health initiatives that communities are familiar with, such as immunizations programs, or fortifying crops that are locally available, valuable and available with a particular vitamin.

Having people on the ground collecting relevant information and continually adapting and updating the programs is also important, as well as collecting current data.

“It’s a big challenge because if you’re trying to develop a nutrient program for a particular area based on data collected a decade ago, it may not be accurate or even relevant.”

Ezezika, who has decades of experience working and consulting with organizations committed to global health and food security, says there are examples of successful large-scale programs. He points to the Grainbank project in Ethiopia, a two-year education and food program where community members were involved in decision-making and creating activities. One highlight included using health-care workers who also happened to be respected community members.

The stakes for not delivering these programs are high, Ezezika says. Vitamin and nutrient deficiencies are directly linked to higher rates of mortality and levels of disease, and are a major public health challenge in low-income countries.

“I personally know people who have gone blind because of vitamin deficiencies they experienced as a child,” he says.

While the leading causes of death in many countries may be communicable diseases like malaria or diarrhea, the underlying cause is often poor nutrition. Ezezika says it’s a big reason why the World Health Organization has placed an emphasis on nutrition programs in low and middle-income countries.

“With poor nutrition your immunity is compromised and you become more susceptible to disease, not just as a child but as you age,” he says. “So getting these programs right is a matter of life or death for many.”

University of Cape Town: UCT-led clinic a ‘godsend’ in the fight against cervical cancer

University of Cape Town: UCT-led clinic a ‘godsend’ in the fight...