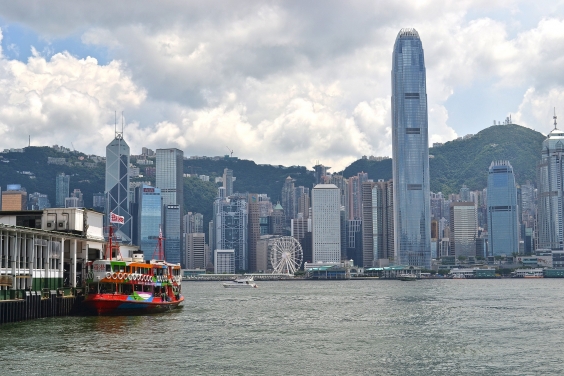 An international study found that global mean sea-level rise could exceed 1m by 2100 and 5m by 2300 with unchecked emissions. The study, published in npj Climate and Atmospheric Science, was led by Nanyang Technological University, Singapore, in collaboration with researchers from the University of Hong Kong, Maynooth University (Ireland), Durham University (UK), Rowan University and Tufts University (USA), and the Potsdam Institute for Climate Impact Research (Germany).

The study solicited projections of global mean sea-level change under two climate scenarios from more than 100 sea-level experts, who were chosen objectively by identifying a pool of the most active publishers of scientific sea-level studies from the leading publication database. Because projecting sea-level rise comes with many uncertainties, such as glacier and ice cap melting, use of water for irrigation, etc, different modelling approaches can yield significantly different answers as to how much sea levels may change in the future. By surveying leaders in the field, the study offers more broad-based assurance on the ranges of future sea-level rise.

In a scenario where warming is limited to 2 ºC above pre-industrial levels, experts predicted ~0.5m of rise by 2100 and 0.5–2m by 2300. In a high-emissions scenario with 4.5 ºC of warming, experts predicted a correspondingly larger rise of 0.6–1.3m by 2100 and 1.7–5.6m by 2300. These projections exceed those from the Intergovernmental Panel on Climate Change (IPCC). The IPCC increased its sea-level projections by ~60% between its 2007 and 2014 assessment reports, and again in its 2019 Special Report on the Oceans and Cryosphere, given new data on the instability of ice sheets and the fact that sea levels are already rising faster than expected. Nevertheless, even the latest IPCC projections appear to be conservative in the eyes of many sea-level experts.

Professor Benjamin Horton, Chair of the Asian School of the Environment at Nanyang Technological University, who led the new survey, said that sea-level rise projections and knowledge of their uncertainties are vital to make informed mitigation and adaptation decisions.

“There are numerous sources of global mean sea-level projections which can lead to confusion among policymakers and in decision-making. As an alternative to models of physical processes, sea-level rise may be estimated by surveying experts. This study shows the pressing risks of climate change, and how nations have to act now to secure a future for generations to come,” said Professor Horton.

“Sea-level rise is already causing problems on many coastlines with frequent nuisance flooding and more severe storm surges. That is after just 0.2m rise since the late 19th Century,” said Professor Stefan Rahmstorf, Head of Earth System Analysis at the Potsdam Institute. “With increasing ice loss from the major ice sheets, we are about to commit the world to a multi-meter rise that will force us to give up major coastal cities.”

Dr Nicole Khan, Assistant Professor of Earth Science at the University of Hong Kong, who identified and liaised with experts, as well as developed and conducted the survey, informed that Hong Kong will likely be impacted.

“Hong Kong and the Greater Bay Area has considerable population and infrastructure that occur in vulnerable, low-lying areas in Hong Kong that will be increasingly exposed to the effects of sea-level rise and coastal flooding if emissions targets are not met,” said Dr Khan.

In response to open-ended questions, the experts surveyed identified the Greenland and Antarctic Ice Sheets as the greatest sources of uncertainty. These ice sheets are an important indicator of climate change and driver of sea-level rise. Satellite-based measurements show the ice sheets are melting at an accelerating rate. However, the surveyed experts also remarked that the magnitude and impacts of sea-level rise can be limited through successful reduction of emissions.

“We know that the planet will see additional sea-level rise in the future,” said Dr Andra Garner, Assistant Professor of Environmental Science at Rowan University. “Yet there are stark differences in the amount of sea-level rise experts project for low emissions compared to high emissions futures. This provides a great deal of hope for the future, as well as a strong motivation to act now to avoid the more severe impacts of rising sea levels.