Studying in Canberra, Australia can be rewarding in many ways, finds Tanay Kandlur

Hailing from Mumbai in India, Tanay Kandlur came to Australia to study a Master of Marketing Management at the University of Canberra.

Having already earned a bachelor’s degree in IT, a career in marketing wasn’t Tanay’s original plan. Finding work in the marketing department of an IT firm was the catalyst for Tanay considering changing his career pathway. 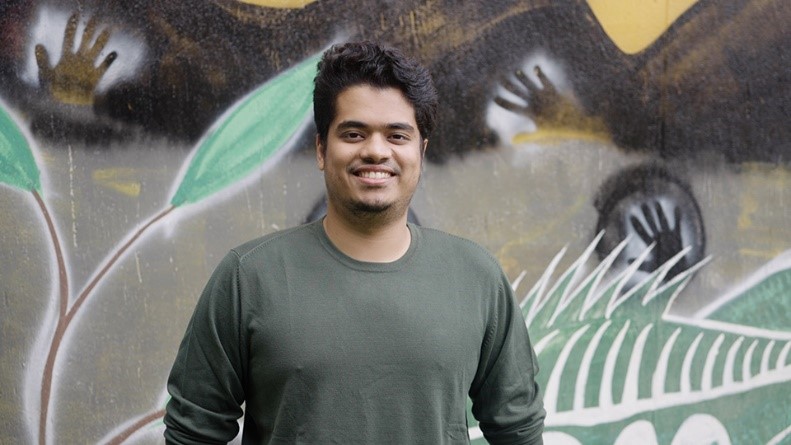 To do so, Tanay knew that he would need to undertake a qualification in marketing before continuing, to develop and refine the skills and knowledge he had begun to form with his work experience.

Tanay explains, “I worked in digital marketing for two years with the same company before deciding to pursue a master’s degree in marketing from a reputable university.”

It was this decision that led Tanay to the University of Canberra.

Intent on completing his master’s degree overseas, Tanay narrowed his potential locations down to just Australia and Canada. And after much consideration, it was Australia that appealed the most to Tanay.

“I selected Australia because of its academic level and cultural diversity. In comparison to Canada, I discovered that Australia is the top study destination due to its global recognition and widespread qualification acceptance. Australia also provided me with the added benefit of a scholarship.”

When it came to deciding where exactly to study in Australia, the nation’s vibrant capital city of Canberra offered the lifestyle that Tanay was seeking.

“I always wanted to live somewhere peaceful, where there is less pollution and a smaller population. Canberra is safe and has a friendly, multicultural environment,” Tanay says. Plus, “one more thing I can say is that I save a lot of time in Canberra because there’s no traffic!”

How to apply for NMIMS Common Entrance Test-2022 for…

Tanay knew that he had made the right choice as soon as he arrived at the University of Canberra.

“I arrived in Canberra a week late but all of the professors and the UC student hub were very helpful.”

As an international student, Tanay was worried about taking time to adjust to a different education system here in Australia. But, with the support of his lecturers, and tutors, he quickly found the confidence to succeed.

Tanay credits his “friendly and professional teachers and the convenient support services around the campus,” for helping him adjust so quickly and encourages other UC students to visit the UC Student Central for extra support when they need it.

Tanay was particularly pleased with the diverse range of support services that the University of Canberra offers.

“There’s also Careers UC for internships and advice on producing an effective resume, and the UC Medical and Counselling Centre if you are not feeling well. The best part is that all these services are conveniently located on campus,” Tanay says.

Tanay advises future international students to undertake extensive research on the quality of their future location and academic institution.

He says, “It is necessary to examine the curriculum and education quality. I would also recommend consulting with the student hub and watching university videos on YouTube before coming to clear any worries that you might have.”

Tanay also explains that it’s very normal to struggle with the adjustment to your new life at the beginning of your international education journey.

He says, “ it may take a couple of weeks to adapt to the new environment, but once you start meeting new people and making new friends, it’s only a matter of time before you start feeling better.”

For Tanay, he couldn’t have made a better decision to study at the University of Canberra and recommended the institution to anyone looking for high-quality education in Australia.

“I would recommend UC to anyone because of the high level of education, support services, respectable teachers, high university rankings, a large campus, and a multicultural environment,” Tanay adds, “the list could go on forever.”

Heriot-Watt University: Industry clusters are key to the energy transition

UCL: Top-rated educational maths apps may not be best for children’s…