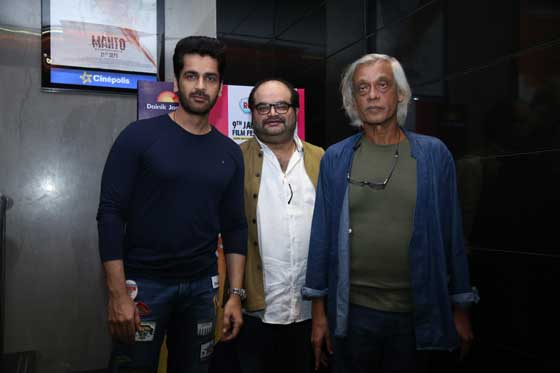 Mumbai: Jagran Film Festival in its 9th edition, toured across 18 cities, has reached its final destination, the city of dreams, Mumbai. The opening film was star studded with the presence of Sudhir Mishra, Ali Fazal,Vipin Sharma, ArjanBajwa and Ira Dubey. The grand film festival aimed at creating a culture of cinema appreciation began today and will continue till September 30th.

JFF marked its beginning with the opening film of “A Star is born” which was also the India Premiere of the Lady Gaga Starrer and the debutorial direct of Bradley Cooper, in the presence of a wonderful and warm audience.

Mayank Shekhar, Festival Director, comments, “Today was day one for Bombay, but day 100 for JFF, well almost. Its been a long journey, but seems the reactions in Bombay for our films in the home of Indian cinema makes it all so worth it. I hope the next three days are just as exciting for everyone as Day one was.”

The ninth season of the acclaimed Jagran Film Festival beginning June traversed through the gorgeous cities of Delhi, Kanpur, Lucknow, Allahabad, Varanasi, Patna, Dehradun, Ranchi, Jamshedpur, Bhopal, Indore, Gorakhpur, Agra, Ludhiana, Hissar, Meerut and Raipur before coming to Mumbai in September, for its grand finale. Across these conurbations, JFF showcased more than 400 films and curated content that is gripping and undoubtedly stimulating.