New Delhi: The Sufi Route, by Friday Filmworks, INvision Entertainment and Invloed Matrix, established to encourage and nurture a holistic alternate music experience, is hosting its first ever concert on November 18, 2017 at one of the most iconic monuments of India, the QutubMinar in Delhi. The festival will see renowned artistes like Javed Akthar, Manoj Muntashir, Kaamna Prasad and FauziaDastango – Feroz Khan reciting poetry inspired by famous poets

Sufism facilitates encounters with God, love and the deepest aspects of human consciousness that evokes feelings that provides us with some of the most beautiful and profound poetry ever written. Sufi poetry has been written in many languages and at The Sufi Route our poets will enthrall the audience with not only their own poetry but also Rumi and Hafez.

Sufi Route is unlike any other concert that India has witnessed in a long time, in many aspects. The Sufi Route is the first Sufi festival in India, as an ode to the origins of the genre. Its venue, the magnificent UNESCO World Heritage Site of QutubMinar Complex is a historical statement in itself and another first when it comes to hosting a concert. The promoters of this ‘music led peace festival’ have designed the event to be age agnostic and welcoming to anyone with an ear for alternative music and poetry. Performances by Turkish ensemble will also be a sight to watch out for as it paves way into a magical amalgamation of two ancient and culturally rich roots of Sufi music- Turkish Tasawwuf music and Indian Sufism. 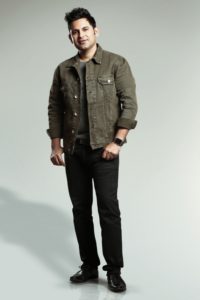 With an aim to create a platform for upcoming alternate artistes and performers across the world, The Sufi Route is touted to also include UK, UAE and Turkey in its already impressive line-up to perform next year while Delhi as a venue stays constant. The Sufi Route uses art and music as a vehicle to foster genuine connections and grow together as a community.

Manoj Muntashir a famous Indian lyricist, Dialogue writer and Poet says, “What you seek, is seeking you. All you need to do is listen to your true calling. Find out that quite corner in your heart which is not yet inhabited by the world, but you yourself. Sufi Route will take you into the lanes you have never been to. Every visual, every sound, everything you feel during those couple of hours, will open doors to eternal bliss. I’ll be waiting for you with my verses. Our heart knows the way, let’s together run in that direction.”

GaganTakyar of INvision Entertainment, “Event Organizer and Co-Owner of The Sufi Route said, “Sufi poetry is based on selfless experiences and actualization of the truth with our poetry section at The Sufi Route, we want to bring this magic to our audience and give them an experience to cherish for life. We are getting some of the most respected and admired names and hope the audience will truly enjoy the line-up.”