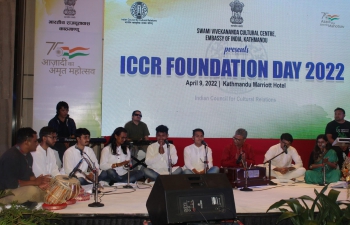 In her inaugural remarks, DCM Ms. Namgya Khampa emphasized that the ICCR, through scholarships and fellowships about studying in India, has been able to create a large pool of our well-wishers and that the INDIA ALUMNI PORTAL launched today by ICCR will go a long way in further strengthening India-Nepal friendship.

A cultural programme was also performed by students of Swami Vivekananda Cultural Centre (SVCC) during the event.

Skillsoft Partners with Coursera to Bring Enhanced Skill-Building Opportunities to the...