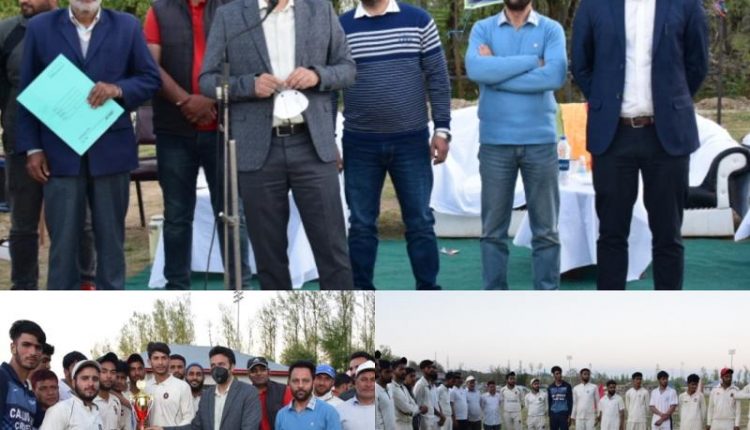 DC Kulgam Dr. Bilal Mohi-Ud-Din-Bhat was chief guest on the occasion. He later felicitated the players and also presented trophies to winner and runner up teams.

Speaking on the occasion, the DC said that District Administration has always been at the forefront in providing a platform to youth and guiding them in following their goals by organizing different events across the district.

He added that district Administration is committed to provide platform and ample facilities to youth so that they can exhibit their talent and potential in multifarious sports activities.

He also stated that the district is going to witness a busy sports schedule this year.

Pertinent to mention that 8 teams participated in this Knock-out T-10 Cricket tournament.

Lt Governor addresses 20,000 PRIs members from across the UT