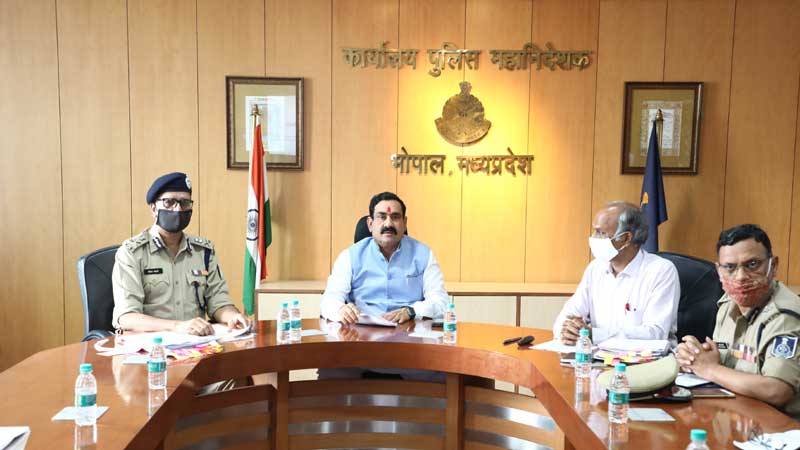 Bhopal : Home Minister Dr. Narottam Mishra, while reviewing the Home Department at Police Headquarters, issued directions to Director General of Police Shri Vivek Johri to take initiative for construction of maximum houses for police personnel in the state. During the review, he also stressed the need for women police stations at all district headquarters. Branches of crime research and planning were reviewed in the meeting. Additional Director General of Police Shri Anvesh Mangalam was also present in the meeting.

Home Minister Dr. Mishra said that constables are important units of the police department, who have to face housing problem during their posting in districts. Madhya Pradesh Police Housing Corporation should construct maximum houses for the police department, so that housing problem is resolved and they can discharge their duties better. Additional Director General of Police Shri Anil Kumar informed that the proposal for construction of police houses is under consideration at the government level. Minister Dr. Mishra directed that all appropriate steps should be taken for proper action in the case as per rules.

During the review of Crime Research Branch in the meeting, Additional Director General of Police Shri Kailash Makwana told that women’s police stations have been established in 10 districts of the state. Minister Dr. Mishra said that it is necessary to have women’s police station in all the districts of the state to investigate crimes related to women. He directed to take necessary initiatives for this.