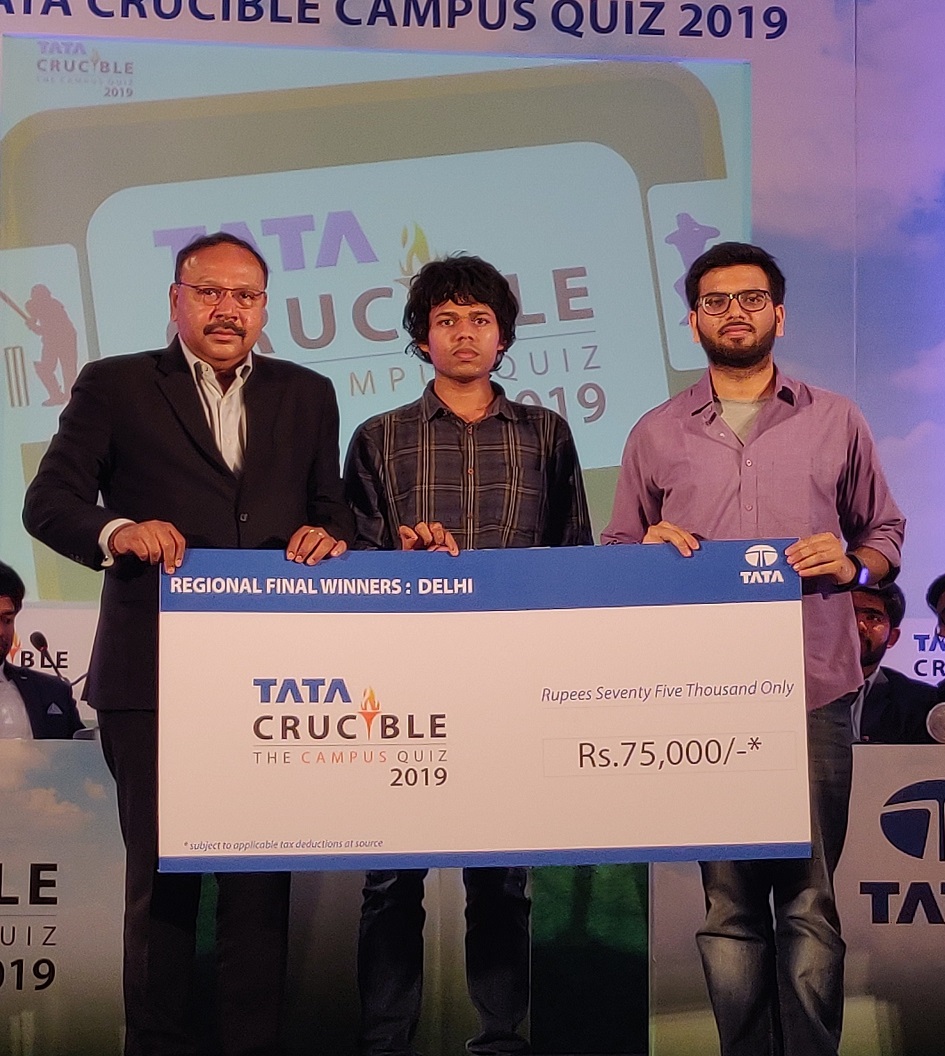 Anit Basu Thakur & Mayukh Nair from Ashoka University, Sonepat and Ojaswi Gupta & Abhijit Bhalachandra from IISER, Chandigarh were the top two teams at the Zone 1 finals of Tata Crucible Campus Quiz 2019, held in Hyderabad. They will now compete with the other four zones at the National finals to be held in Mumbai.

Caltech: New Insights into the Neuroscience Behind Conscious…

A total of 56 teams battled it out in the city level finale for the top honours, held at the Vivanta Dwarka, New Delhi. Akash Verma & Gokul S took home a cash prize of Rs. 75,000* and will compete in the zonal round to qualify for the national finale. Vipraw Srivastava & Sushant Adlakha from NIT Kurukshetra were declared runners-up, winning a cash prize of Rs. 35,000*. Mr. Tanmoy Chakrabarty, Group Government Affairs Officers, Tata Sons Limited, was the Chief Guest at the finale.

Caltech: New Insights into the Neuroscience Behind Conscious Awareness of Choice

iednewsdesk Apr 7, 2022
Researchers have identified the complete series of 10 factors that regulate the development of brain cell types…

McGill University: $2.9 million from the Government of Canada for…