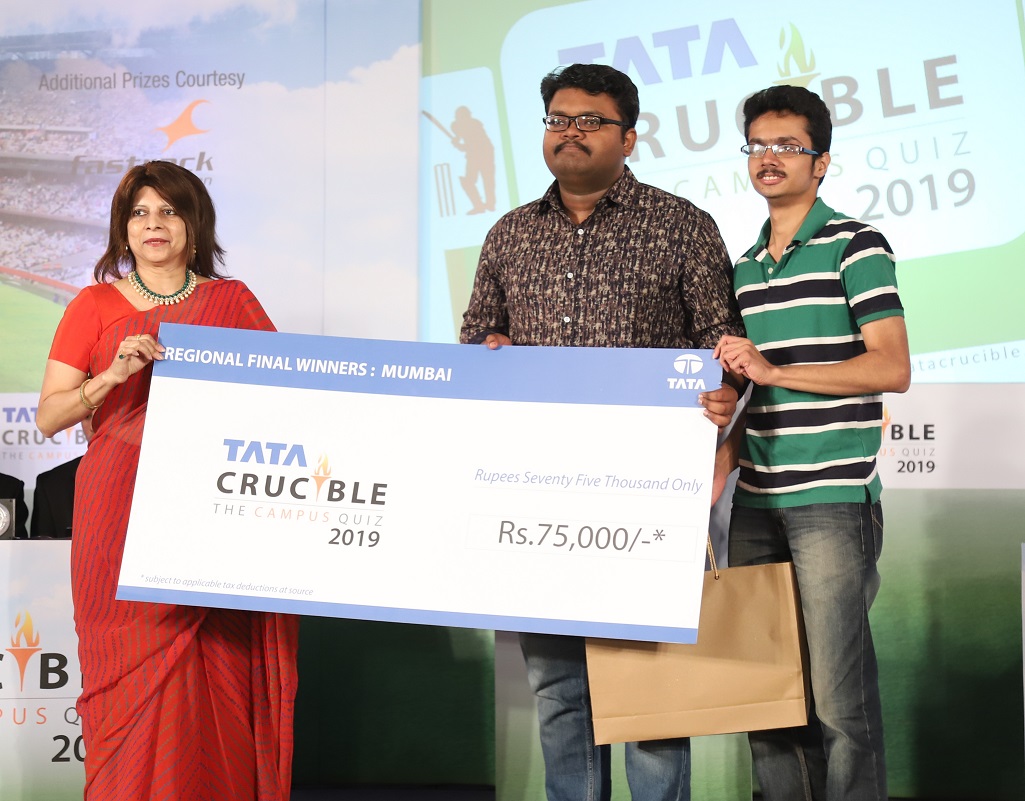 Jay Bhupesh Rana & Bhushan Kirtibhai Patel from Sayaji University, Anand and Dhwani Agarwal & Amar Tandon from National Law Institute University, Bhopal were the top two teams at the Zone 3 finals of Tata Crucible Campus Quiz 2019, held in Mumbai. They will now compete with the other four zones at the National finals to be held in Mumbai.

A total of 57 teams battled it out in the city level finale for the top honours, held at the Vivanta President, Mumbai. Akshay Parale & Baibaswata Jena took home a cash prize of Rs. 75,000* and will compete in the zonal round to qualify for the national finale. Shvabh Chakrawarti & Aditya Bharadwaj from Government Law College, Mumbai were declared runners-up, winning a cash prize of Rs. 35,000*. Ms. Ashrafi Matcheswala, General Manager, Taj Vivanta (President), was the Chief Guest at the finale.

The MUN Culture of NIT Rourkela