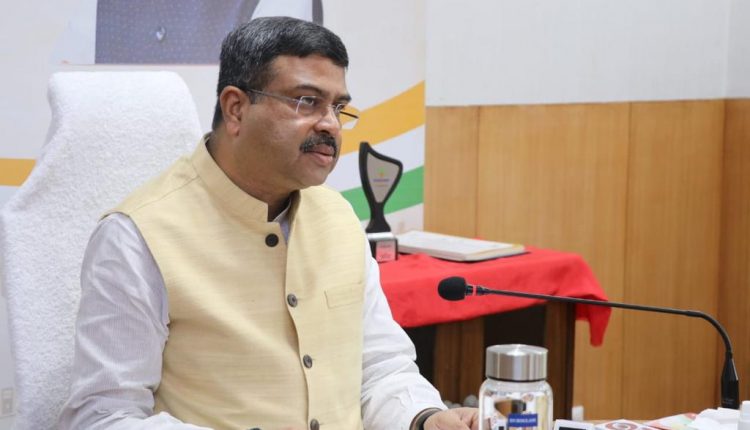 New Delhi: Media is a watchdog and has a key role to play in the vibrant democracy of India. The government has focused on citizen-centric communication in a language they understand through various platforms they access, be it TV news, radio, social media or online digital media, Governor of Odisha Prof. Ganeshi Lal on Tuesday.  Union Education Minister Dharmendra Pradhan inaugurated the 5th National Media Conclave-2021 on Sunday in presence of Member of Lok Sabha & Editor of Prajatantra Bhartruhari Mahtab and other dignitaries. He paid his tribute to Mr. Harekrushna Mahatab on his Jayanti and lauded him for his great contribution in the education system and the Odisha State. He shared his views on how technology has made it easy to communicate all around the world and emphasized on the power of NEP 2020 and Media & Digital Technology.

Chairman of MESC and renowned Indian film director Shri Subhash Ghai shared his views on NEP 2020 and suggested how innovative thinking can bring about the transforming changes not only for the Students but for the Trainers as well. He also suggested the best possible ways for the implementation of NEP 2020 in the presence of Vice-Chancellor of YCMOU and MGM University, Maharashtra Prof. Dr. Sudhir Gavhane, Secretary General of Association of Indian Universities Mrs Pankaj Mittal, former Professor of Eminence, Tezpur Central University Prof. Sunil Kanta Behera and CEO of MESC Mohit Soni.

Addressing the closing ceremony of three-day 5th National Media Conclave-2021 virtually, he called on the media to curb the menace of fake news. Decoding the meaning and role of media, he said media is similar to meditation – mindless agitation. Legendary sages like Adikavi Valmiki, Vyasa, Swami Vivekananda among others have contributed a lot to the world literature due to media and meditation, he added. Acclaimed journalist and founding Editor of People’s Archive of Rural India (PARI) P. Sainath spoke about the state of media in the country and how it has changed over time. He said despite every region of the county facing different social issues like climate change, farm crisis among others, the media does not report about it.

“The current generation in urban India was a foreigner in its own country as its connection with rural India— which holds 69 per cent of the entire population — has been badly eroded. Barring a few exceptions, everybody sitting here was a villager four generations ago. We have lost the connection. It is not only sad but dangerous,” he said.Organised by Institute of Media Studies (IMS) and in collaboration with Media & Entertainment Skills Council (MESC), the conclave witnessed participation of over 100 academicians, professionals and scholars in six plenary sessions. While more than 70 participants presented their research papers in five parallel sessions on the second day, three were recognised as best papers. On the day, communication experts Prof. Vinod Pavarala, Prof. Mohammad Sahid Ullah, Dr. Sudhamshu Dahal, Dr. Kanchan K Malik and N.A. Shah Ansari spoke on ‘Community Media, Civil Society and Social Empowerment’ in the last plenary session.

“As has been its speciality, the Media Mahakumbh this year presented an electrifying conglomeration of the country’s top academicians, policy makers, media luminaries and communication experts and debated on different issues relating to media education, technological advancement and its impact on language, knowledge and society at large,” said chairman of the conclave and director of IMS Prof. Upendra Padhi.