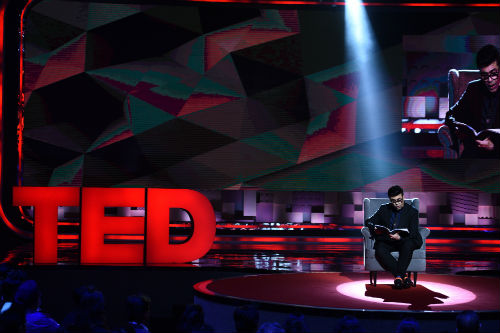 Mumbai: Relationships are ever-changing. A girl’s relationship with her environment and men. A successful director’s relationship with his children being a single parent. A musician’s relationship with his instruments. A man’s relationship with his camera capturing the experiences of the elderly with an ever-evolving world of people and their needs. A millennial’s relationship with the internet. The third episode of much-talked about TED Talks India Nayi Soch will bring to its audience heart-warming stories of ‘Changing Relationships’.
This Sunday, 24 December will celebrate the unseen sides of some Speakers, who will pour their heart out to the audience, just to inspire them more than ever about their life. Starting from producer-director Karan Johar who will be seen writing a letter to his children about his decision and choice to initiate a family of his own as a single parent, to Sivamani who will be seen performing a special act of kindness and gratitude to his parents using some of the most unique instruments like aquarium, shank and many more.
Social activist against sexual harassment and ever teasing, Jasmeen Patheja will be seen opening up about how women go through various kinds of discomfort while growing up and through their lifetime because of the limited mind-sets of men in the society. She will narrate the reason for women to walk unapologetically. Artist and Photographer Samar Jodha will exhibit some of the work of how we should relook at the way we perceive the elderly as is also captured in his book. Up next is a millennial, 17-year old Trisha Prabhu who will urge the viewers and audience about the reason to rethink our actions, highlighting the after-effects of cyber bullying.
Stirring emotions of a father, an actor, an inspiration to billions, SRK was tongue-tied with these life stories.

University of Exeter: Research breakthrough in understanding how neural systems…