The benefits of being social, from a spider’s perspective

A new study has found that spiders that live in groups benefit from each other’s company in unexpected ways.

The study also highlights good news for those who are afraid of spiders – the more social they are, the smaller they tend to be.  So, arachnophobes can be reassured, spiders that hunt in packs are all going to be quite small in size.

The study, led by Dr Lena Grinsted, Senior Lecturer in Zoology at the University of Portsmouth, examined how spiders hunt together and what effect that has had on their evolution.

The report was published in a special issue about spider research in the journal Development, Genes and Evolution.

It has been known for some time that when predators hunt together they are able to catch larger prey, just like groups of lions taking down prey much larger than themselves. But until now, no one has tested what effect hunting in groups might have on the evolution of animals that even when hunting alone are able to catch the largest prey available.

Dr Grinsted considered the theory and proposed that over time a species of large predators, in this case large spiders, that started to live and hunt as a group would slowly evolve to a smaller body size.  Dr Grinsted and her co-authors suggest that there are many associated benefits to becoming smaller in size.  The researchers named this new hypothesis the ‘prey to predator size ratio hypothesis’ and decided to put it to the test using data from a large number of social and non-social spider species.

Dr Grinsted explains, “Perhaps the most intriguing consequence of this new hypothesis is the suggestion that working together relaxes selection on body size on relatively large spiders. Our argument is that when these spiders start cooperating in catching prey, they can still catch the same really large prey, even if they start to mature at a smaller body size. And a smaller body size carries with it multiple overall fitness benefits when you live in a crowded group.”

First, smaller body sizes means that fewer resources are needed for each spider to mature, which leads to less competition for limited resources within a colony. So a single large insect can go a long way, feeding many of the group’s inhabitants.

Second, although smaller body sizes are accompanied with the production of fewer eggs per female, social spiders invest in quality over quantity of offspring, producing much fewer but significantly larger eggs than their non-social contemporaries.  Death rates are reduced in social species, too, because they build large, sturdy, protective nest structures, and they don’t need to search far and wide to find mates. Travelling in non-social species is a very risky affair as it exposes spiders to predators. This means that an investment into very few, high quality offspring is a less risky strategy when living socially as compared to solitarily.

Last, the ability to mature at a smaller size allows for some level of flexibility as a response to unpredictable environmental conditions. For example, when there are fluctuations in the number of prey available, females may be able to mature at very small sizes and still successfully raise some offspring with the help from other females in the colony, despite producing only very few eggs.

Dr Grinsted explains, “By analysing data on body sizes from lots of spider species and the size of their insect prey we found very strong support for our new theory, the ‘prey to predator size ratio hypothesis’.

“When spiders evolve the ability to catch prey cooperatively, we see a beneficial increase in the prey:predator body size ratio. This increase can be achieved either by catching larger prey, as the classic theory suggests, or by evolving a smaller predator body size, as we see has happened in some social spiders.

“We welcome further studies testing the predictions generated from our hypothesis, to assess its relevance to other group hunting species.” 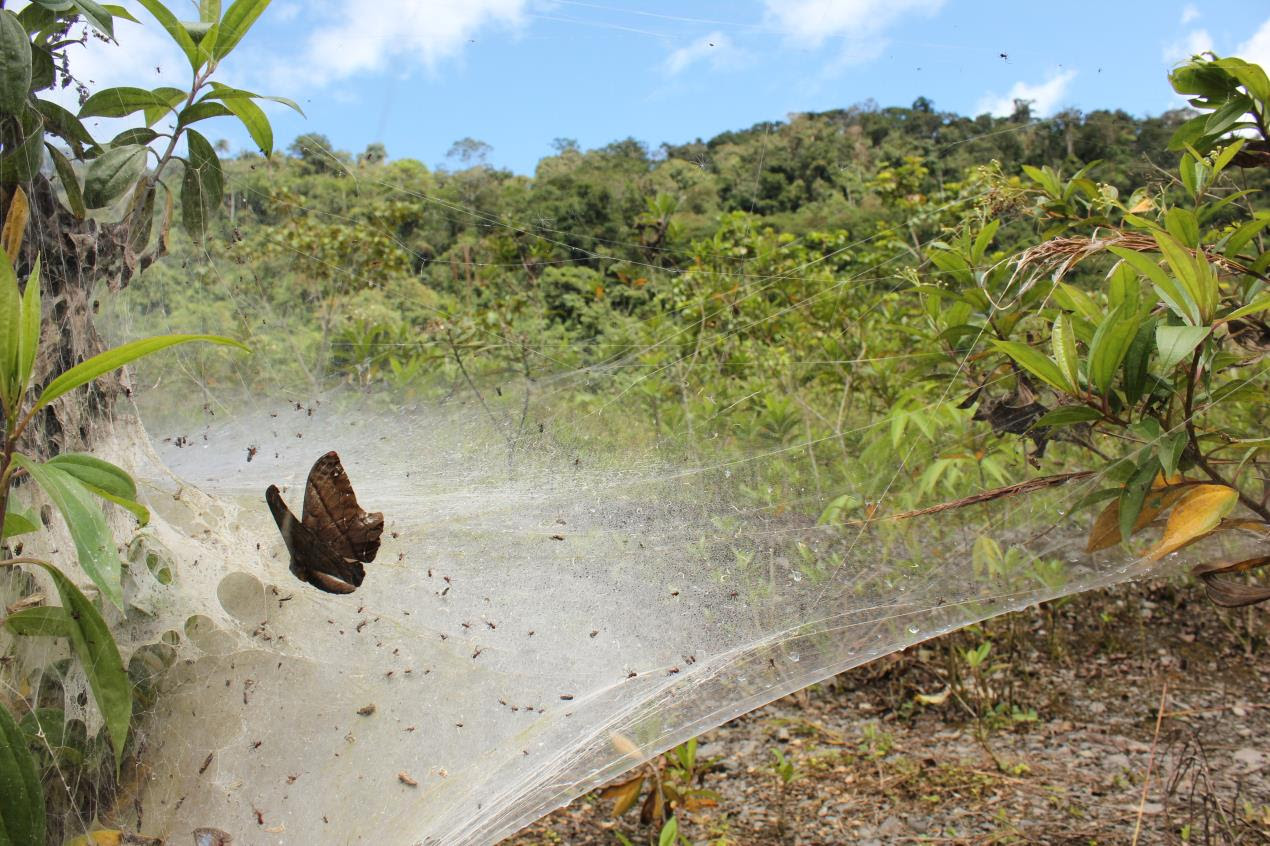 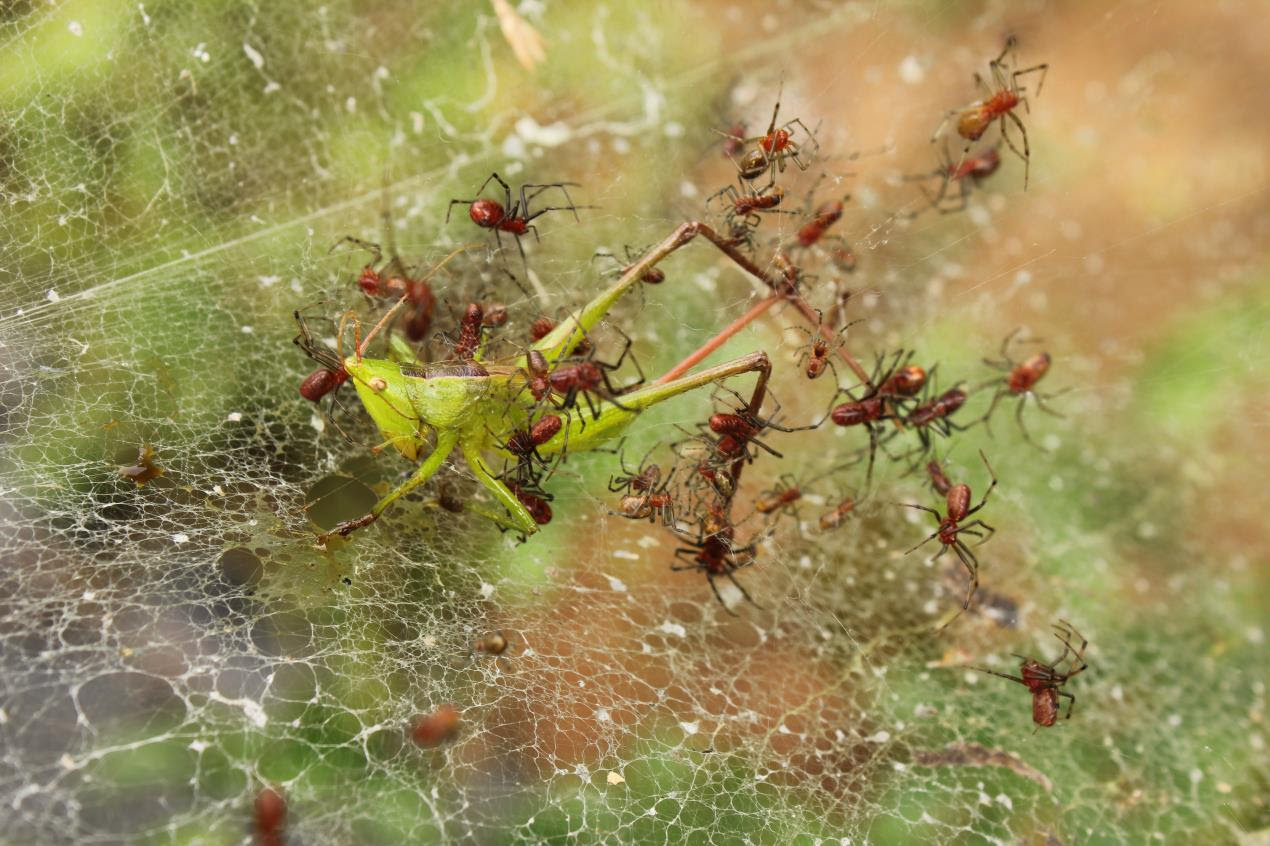 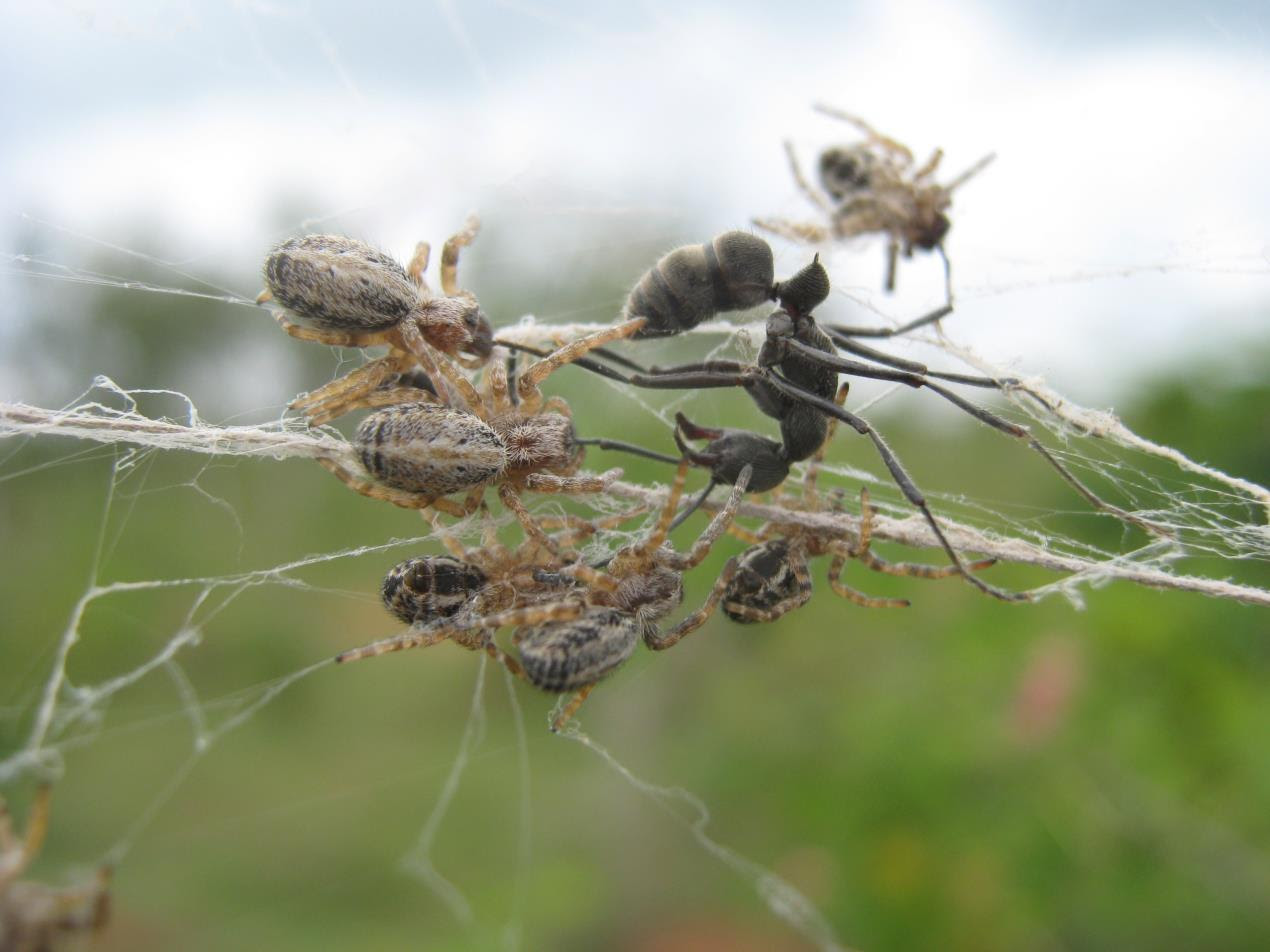