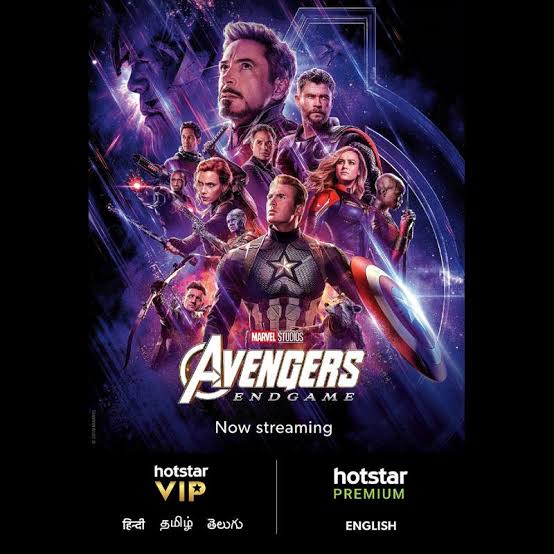 The Best of Superhero titles now in Telugu, Tamil and Hindi only on Disney+ Hotstar VIP!

By India Education Diary Bureau Admin On Apr 28, 2020
Share
Hyderabad : Recently, Disney+ Hotstar launched in India with the promise of unmatched entertainment experience for families – with the world’s best superhero movies, unrivalled animated films, popular kids programming, recently released Bollywood blockbusters, exclusive Hotstar Specials shows, unlimited LIVE sporting action, and much more.
For the first time, subscribers will get expanded access to the entire Marvel Cinematic Universe and the best of superheroes movies in Hindi, Tamil and Telugu with Disney+ Hotstar VIP.
Here’s 10 must-watch movies now streaming on Disney+ Hotstar VIP
The Avengers
Marvel’s The Avengers (2012): When an unexpected enemy emerges that threatens the fate of mankind, Nick Fury, Director of S.H.I.E.L.D., finds himself in need of a team to pull the world back from the brink of disaster. Spanning the globe, a daring recruitment effort begins
Avengers: Age of Ultron (2015): Tony Stark builds an artificial intelligence system named Ultron with the help of Bruce Banner. And when things go wrong, it’s up to Earth’s mightiest heroes to stop the villainous Ultron from enacting his terrible plan.
Avengers: Infinity War (2018): With the powerful Thanos on the verge of raining destruction upon the universe, the Avengers and their Superhero allies’ risk everything in the ultimate showdown of all time.
Avengers: Endgame (2019): After the devastating events of the Infinity War, the universe is in ruins. With the help of remaining allies, the Avengers assemble once more in order to reverse Thanos’ actions and restore balance to the universe.
Iron Man Series
Related Posts

Education New Zealand taps into global market of over 15…

Jun 18, 2021
Iron Man (2008): When an industrialist is captured, he constructs a high-tech armoured suit to escape. Once he manages to escape, he decides to use his suit to fight against evil forces and save the world.
Iron Man 2 (2010): Tony Stark is under pressure from various sources, including the government, to share his technology with the world. He must find a way to fight them while also tackling his other enemies.
Iron Man 3 (2013): Tony Stark encounters a formidable foe called the Mandarin. After failing to defeat his enemy, he embarks on a journey with relentless consequences and a suit that ceases to exist.
Thor Series
Thor (2011): The powerful, but arrogant god Thor, is cast out of Asgard to live amongst humans in Midgard (Earth), where he soon becomes one of their finest defenders.
Thor: The Dark World (2013): An ancient race led by the vengeful Malekith returns to plunge the universe back into darkness. Faced with an enemy that even Odin and Asgard cannot withstand, Thor must embark on his most perilous and personal journey yet.
Thor: Ragnarok (2017): Deprived of his mighty hammer Mjolnir, Thor must escape the other side of the universe to save his home, Asgard, from Hela, the goddess of death.
Tune in to Disney+ Hotstar VIP to catch the world’s best stories in your language!
Share FacebookTwitterGoogle+ReddItWhatsAppPinterestEmail

Bigo Live: Building and nurturing the community through virtual fitness classes for free