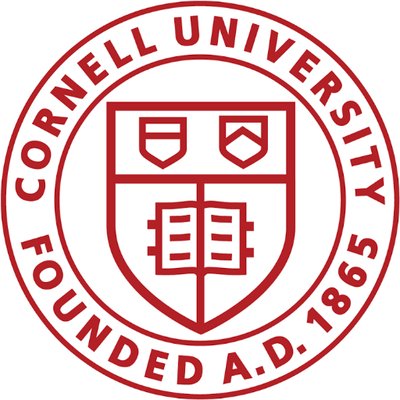 The Cornell Board of Trustees approved changing the name of the Department of English to the Department of Literatures in English, a change that faculty members say better reflects the world and the department’s diverse fields of study.

“We seek to make it clear to students and the broad public that we study writers from Africa, South Asia, the Caribbean and the U.S., and that we value these as central to any canon of great literary works in English,” wrote Caroline Levine, the David and Kathleen Ryan Professor of Humanities and the Picket Family Chair of the department, in a recent department newsletter about the need for the name change.

A group of 25 faculty members proposed the name change in a letter last summer, amid the pandemic and a renewed attention to structural racism.

“Changing the name, as proposed, would be recognizing our existing reality and mapping future directions,” they wrote. “But beyond the reality of our limited existence in the current system, a name change would automatically enhance the department’s visibility and accessibility to a range of students as it would provide a model that re-claims Cornell’s place as creating innovative teaching and research paradigms in literature.”

The name change at Cornell is part of decolonization efforts that started at Nairobi University in 1968, where the English department was renamed the Department of Literature, said Mukoma wa Ngugi, Cornell associate professor of literature in English. In 1994, the University of West Indies (Mona) changed its department’s name to the Department of Literatures in English, as have many others, he said.

“In this sense we are part of a historical global energy, recognizing where we are and want to be. This is timely given the times we are in,” wa Ngugi said. “Decolonization is about decentering and welcoming many ways of reading literatures.”

Carole Boyce-Davies, the Frank H.T. Rhodes Professor of Humane Letters, said the name change puts the emphasis on literatures rather than on English.

“After the public recognition of white supremacy this summer, the killing of George Floyd, and the Black Lives Matter worldwide protests, a few of my colleagues and I wanted to find a way to do something tangible that would indicate that we in the academy are also about making changes that provide our students with new tools to face the world, as we did our own self-criticism about what we hold dear,” Boyce-Davies said.

“We were gratified that [President Martha E. Pollack] had also recommended that departments do that kind of work,” Boyce-Davies said. “The Faculty Senate support was pretty strong and matched the departmental level support, which was amazingly prompt and strong as well.”

Levine cited literary studies research showing that the British Empire invented English as an academic discipline as part of a dedicated effort to persuade Indian subjects to view England as a culture superior to their own and so to acquiesce to English rule. In the early 19th century, the study of literature in the United States still focused entirely on classical texts, she said, and American writing was considered inferior even into the early 1900s, prompting the CIA to secretly fund scholars and creative writers, whom they saw as a weapon against the tide of communism.

“In other words, the connection between literary studies and political power is nothing new, and as our society has grown more plural, so has our literature,” Levine wrote in the department newsletter. “Today, as our own historical moment is prompting us to reflect seriously on long histories of racism in culture and institutions, it seems important to recognize the many writers of color around the world who are producing literatures in English.”

Study finds even the common House Sparrow is declining

Aalto University: The human ear detects half a millisecond delay in…