The cultural and historical look at an evolving market in India

India is rapidly evolving. The advent and development of modern smartphones have opened the door for a growing number of different services to become available to a wider audience than ever before. Interestingly, India’s passion for gaming and gambling has always been a reflection of the country’s history and seems to confirm that what India is going through today will leave a mark on the rest of its history.

The current gambling market for India is in a bit of a grey space, but it hasn’t always been that way. Some sources in ancient India suggest that games of chance could date back as far as 7300 BC, where gambling boards have been described as well as the introduction of dice to certain games. There are even texts in some scripts that describe trees that have been stripped of fruit by defeated gamblers who’ve lost everything in a wager.

Whilst the mention of gambling is within some older scripts, much like today it hasn’t always been explicitly condoned with much of that region of the world, but things have been changing as the gambling, betting, and gaming market as a whole has been developing. When cricket was introduced in the 18th century, it paved the way for a betting scene to develop and grow, which is in part a large reason to why cricket remains the biggest sport in India to this day. Whilst the British also passed the Gambling Act which outlawed games of chance and had no impact on betting, many games would still be played in private although usually frowned upon.

The present-day approach is starting to change things however – whilst gambling largely remains illegal in India, options offered by smartphones are causing a shifting attitude as much of the east looks to follow examples set by the west. This comes as media and activity in particularly becomes Americanized. The introduction of betting and gambling sites through various online services and platforms have led to a growing number of these gambling sites that accept India rupees and allow players somewhere to wager that is often a little more out of the public eye.

Amazon successfully wraps up its first Career Day in India;… 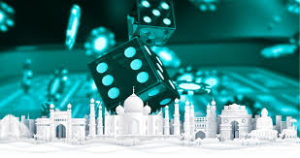 This growing support through various mobile and online platforms has led to regulation and reform change in different parts of the world. Many of these loopholes were used early on, whilst regular betting and gambling had been prohibited, there had been no law to make online alternatives illegal and this is what many offshore companies used to attract a growing Indian market. With this, the attitude toward gambling has changed and may lead to regulation and reform change here too as many see the availability as a benefit rather than a danger.

There are other factors to consider for this change, however. India has often represented one of the largest mobile markets in the world as seen by social media platforms such as TikTok, which had over 400 million registered users before being removed for privacy concerns. If the gaming market is to follow a number of changes will need to made to ensure that the space is safe for all involved. It is something that has been looked at too, as gaming typically incorporates both sides of the coin for both legal and illegal activities within India. For many, expectations that change is on the way remains high, given how quickly technology is becoming adopted within India, but there’s also no certainty that all gaming options will undergo the change many are hoping for. Things such as betting have become much more acceptable as support for sporting events has grown, but other industries such as casinos still have some work to be done.

Amazon successfully wraps up its first Career Day in India; more than 400,000 people…