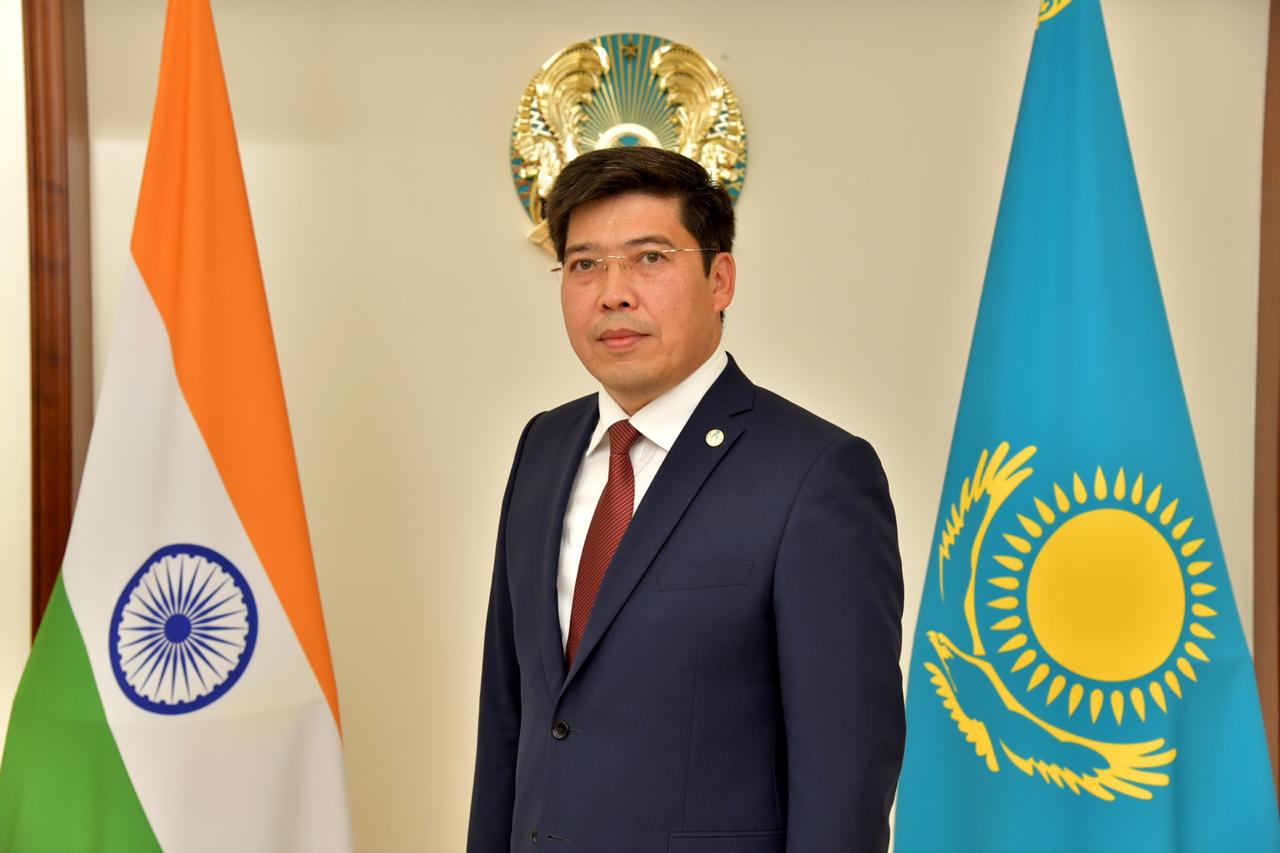 “The elections are not only important for Kazakhstan but also for our extended neighbours and strategic partners… India especially” H.E Yerlan Alimbayev

The Ambassador of Kazakhstan to India, H.E Yerlan Alimbayev when addressing a session shared how the elections are important and India in particular because political stability is crucial and despite the pandemic, the trade over between India-Kazakh touched 2.3 Billion US dollars in 11 months, the highest number between India – Kazakhstan ever. Next year (2022) also marks the 30th year of diplomatic relations between India and Kazakh and once the situation stabilises with safe travel etc, President Kassyum-Jomart Tokayev visit to India in the second half of 2021 will be the first priority.

H.E Yerlan Alimbayev shared, “Free and fair elections are a fundamental part for the organisation of Kazakhstan government and in our 30th year of Independence, the upcoming elections are momentous in many ways. Coupled with the political reforms such as better inclusion of women and youth voices and more, these elections are not only important for Kazakhstan but also for our extended neighbours and strategic partners all over the world, India especially. Kazakhstan is a new, young country and we have a bright example of India, the largest democracy in the world to learn from, thereby ensuring the highest international standards are met.”

The Ambassador was gracious of the Indian Government’s continued support, expressing how India was the first country to offer diplomatic relations to the newly independent Kazakhstan in February 1992. H.E Yerlan Alimbayev continued by thanking Prime Minister Narendra Modi for the hard work in ensuring an effective COVID-19 vaccination and appreciated the example set for Kazakhstan from India, the world’s largest democracy in terms of handling the pandemic and the democratic system.

The elections were a momentous occasion in many aspects. This year marks the 30th year of Independence on 16th of December. The election for the lower house (Majilis) was the first to be held under the Kassyum-Jomart Tokayev’s presidency and first since 2004 to be held on the scheduled date. The elections shall operate under the highest international standards and Nur-Otan, People’s Party of Kazakhstan, Auyl Party, Adal Party, Ak Zhol Party are the five parties contested in the Majilis 2021 Election.