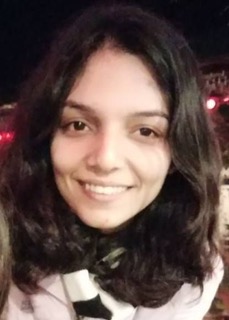 Gandhinagar: In the final lecture of the sixth edition of the Introduction to Indian Knowledge Systems elective course (IKS 2022), the Indian Institute of Technology Gandhinagar (IITGN) organised a lecture titled ‘Classics as Popular Stories: A Semiotic Reading of Select Indian Classical Tales in Comics and Graphic Novels’ by Ms Shivani Sharma on April 22, 2022.

The online lecture highlighted that the inspiration of Indian classical tales in comics and graphic novels has travelled through various other visual-verbal mediums and iconographies, primarily the visual art traditions such as the temple art. This rich and beautiful visual art form is exemplified in the depiction of 18 days of the Mahabharata war in the Ellora caves. Elaborating on these stories’ adaptations in comics and graphic novels, Ms Shivani Sharma said, “The Mahabharata, the Ramayana, and stories from Upanishads have acquired a distinctive narrative dimension through the adaptations of stories from these texts into the medium of comics and graphic novels. These mediums have converted the Indian classical stories into popular visual sagas.”

Ms Sharma also discussed how the ability to communicate local stories within the boundaries of visual-verbal mediums transforms the perception about comics from something funny to infotainment (disseminating information through entertainment). She gave instances of the sartorial dress codes and colour hint at the characters’ social status. Their social background is visualised not only through their differentiating costumes but also through the colour of their skin. Concluding the talk, the speaker proposed that studies of various thematic strands of classical tales are needed to understand the complex art of storytelling and the stories’ tapestry in the mediums of comics and graphic novels. She also showed and explained scenes of classical Indian tales from several comics and graphic novels. The lecture concluded with a lively Q & A segment.

Ms Shivani Sharma is a doctoral candidate in the Discipline of Humanities and Social Sciences at IITGN. Her research interests include South Asian literature, comics studies, and transmedia studies. In her doctoral thesis, she is working on a semiotic analysis of the epic narrative, focusing on the Mahabharata and media platforms.

At the core of our good governance efforts in India’s villages is to leverage the power of technology for the welfare of people: PM