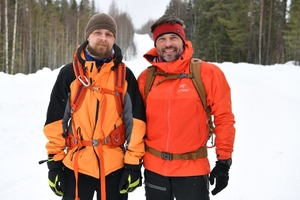 Now it is difficult to talk about impressions, because we are very tired. And despite the fact that the originally planned mileage turned out to be less due to weather conditions, we feel wild fatigue, the whole body resembles a lump of steel. Everyone who took part in the race was great: the participants showed their character, they are very strong. I’m glad I met these people at the race, said Sergey Melekhov.

iednewsdesk Apr 6, 2022
Released today, the report assesses the literature on the scientific, technological, environmental, economic and…

University of Cambridge: ‘Robot scientist’ Eve finds that less than…