The Growing Influence of Indian Culture on Western Media

Indian culture is rising in its influence globally and, if you look hard enough, you’ll see that the evidence is all around us, whether that’s in sport, technology or entertainment. As globalisation continues to unite the world’s communities, the western world in particular is experiencing Indian culture on a higher level than ever before – and we’re not just talking about the food!

While it was once the case that western culture was helping to guide trends in the east, and especially in developing countries, that pattern is now being replicated in the opposite direction and it is nations like India in particular that are increasingly leaving their cultural mark on countries across the globe.

For decades, India has been one of the workshops of the world, manufacturing hardware and accessories for industries including gaming, computing and mobile. These items would typically be branded under a non-Indian name, but in recent years, emerging consumer brands in India are starting to take their own foothold.

Names like Micromax and Lava have made an impact on a crowded marketplace, exporting phones – and particularly, budget smartphones – globally. And they have succeeded in producing handsets that offer enviable specifications at great value for money.

In computing, Coconics and iball are cornering a similar area of the market, offering low-cost entertainment and work solutions through their range of entry-level laptops and desktops, while major names like Tata have varied and growing international interests in the tech sector.

When it comes to sport in India, it’s difficult to look past cricket, and the Indian cricket team has been one of the world’s best for generations. But it is only since the advent of the Indian Premier League (IPL) that viewers around the world have been given a true insight into our nation’s sporting culture.

While test matches against tourists helped fans from the West Indies, England and Australia discover India, the IPL has succeeded in becoming one of cricket’s most lucrative brands, attracting viewers globally and even enticing many of the world’s most talented players to ply their trade in India.

Bollywood cinema is enjoyed and appreciated globally, with major cable providers internationally providing access to dedicated movie channels that showcase the genre, while some films are now even being filmed in international markets, including the UK.

But it may surprise you to learn that India’s influence is growing in areas as diverse of gaming, including online casino gambling. For more than 20 years, players from across the world have enjoyed games like roulette, poker and blackjack from their living room. But increasingly, regular players are seeking out the next big thing, or just looking for an exciting new twist on a game they already enjoy.

And some are discovering Teen Patti, an Indian twist on the classic English game of three-card brag that’s played with three cards. Teen Patti has been enjoyed in India for generations, but because the game can also be played online thanks to casino platforms like LeoVegas, players from across the world are now able to try it. The online casino gaming industry as a whole is booming in India, with offshore live casinos opening up a new world of possibilities to interested players. 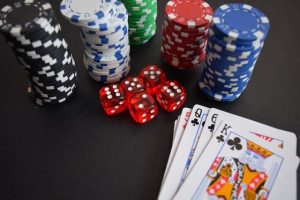 So, whilst India may not be in the hearts and minds of the whole world just yet, the continued momentum of globalisation means many of the hobbies, pastimes and brands we’ve enjoyed for generations are increasingly being delivered to a global audience – each slowly guiding the culture of every nation they touch.

Indian Railways successfully concludes Assistant Loco Pilots (ALPs) and Technicians recruitment-, one of the largest such exercises in the World