The ingredients of a firestorm: how mathematics can be used as a weapon against wildfire

The camera captures the red glow as it explodes up the tree line. The footage is shaky as it follows the flames. The wave of fire twists upwards, towering high above the forest canopy.

Embers fall and swirl in a violent dance across the camera lens like rain in a storm. But there is no moisture. It’s a scene suffocated by thick smoke and blinding firelight, sparring against the blackened sky.

The shape of the fire bends and bursts with an agility and intensity that is shocking. It swallows the tall forest trees in seconds.

The viral video, filmed by a photographer in New South Wales, is one of the many horrific events seen during Australia’s on-going bushfire crisis. An unprecedented and devastating summer where terms such as firestorms, pyrocumulus clouds and P2 smoke masks have entered the national vernacular.

It is these large and extreme firestorms – where bushfires become so catastrophic, they generate their own weather systems – that Professor Jason Sharples has spent much of his career trying to understand and prevent.

“To put it simply, I try to understand the conditions in which a small fire develops into a big fire and determine the chain of events and processes that leads to them,” Professor Sharples says.

“Because then, using mathematical models, you can forecast danger periods and areas where this is more likely to happen, so you can trigger responses to them and help prevent them.” 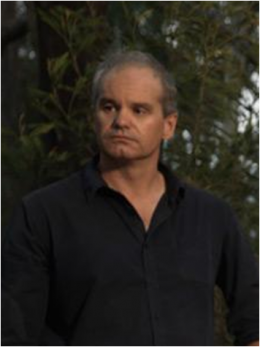 The Bundjalung man and professor in the Applied Industrial Mathematics Group at UNSW Canberra, researches the dynamic behaviour of wildfire, using complex equations and supercomputers to create predictive models.

These models consider terrain attributes, weather conditions and even the shape of fire as elements that can influence the likelihood of severe fires forming.

It is these types of extreme fires, he says, that cause the most destruction, are impossible to contain, and have unpredictable or unexpected behaviour.

“You can’t fight these types of fires…Your only real option is to evacuate and adopt defensive firefighting positions.”

A thirst to understand the natural world

Professor Sharples recalls being interested in science from a young age. It was an obvious interest, he says, because of his insatiable desire to understand the natural world. But it wasn’t until high school, after discovering Isaac Newton’s work, that everything suddenly clicked and made sense.

It was with Newton’s equations and laws that he suddenly realised the power of mathematics to explain the real world.

“It floored me. Honestly, it blew my mind,” Professor Sharples says of this epiphany.

He describes how this realisation – whereby an equation, something you can write down on a piece paper, can also be applied and used to predict the “future” – stopped him in his tracks. Mathematics could suddenly be a way to understand the very natural phenomena that had always transfixed him. It could be his toolkit to discover the world. He hasn’t looked back since. 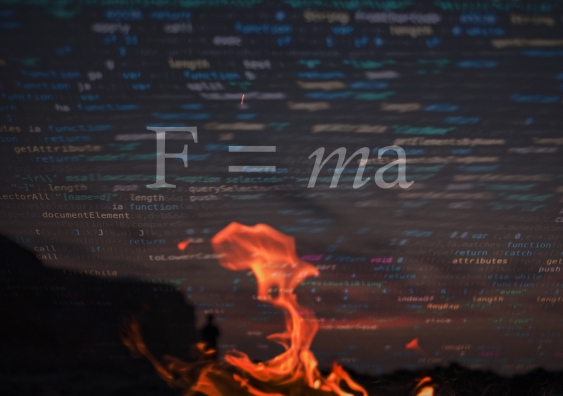 Around the same time as he started to study mathematics at a higher level, Professor Sharples became a volunteer firefighter. It would be the clash of these seemingly opposite worlds where he would discover his true passion.

“I guess it was at that point my interest in mathematics and firefighting became aligned with each other,” he says. “I saw an opportunity where I could make a real contribution.”

On the frontline, Professor Sharples has seen his equations in action. As a firefighter, the fire is not just a line of code in a computer model. Its heat and ferocity are real, tangible and humbling. It’s a reminder of the real-world implications of his work.

Whilst he doesn’t have much time to be on the back of a fire truck these days, the value of being a firefighter is not lost on him.

“I think being a firefighter has helped me be a better researcher. Definitely,” he says.

Professor Sharples has also been an advocate for supporting fellow Aboriginal and Torres Strait Islander people to go study mathematics and science. First Nations people make natural scientists, he says, because they always have been scientists.

“Aboriginal peoples have always been innovators and scientists; we’ve needed to be, to develop a successful way to live here for thousands and thousands of years,” he says.

“Innovation and ingenuity are a part of our legacy and our history as Aboriginal and Torres Strait Islander peoples, so we should be proud of that and continue it today.”

In many ways, he says, when it comes to fire and land management, Indigenous knowledges have been ahead of Western science.

Cultural burning – that is, fire burning using traditional Aboriginal methods and the knowledges from the “old people” – plays an important role, Professor Sharples says, not only from a fire risk reduction perspective but also as means to reconnect with Country.

“Cultural burning isn’t just about fuel reduction. It’s about the connection to Country and keeping Country healthy; it’s about the cultural ceremony.” 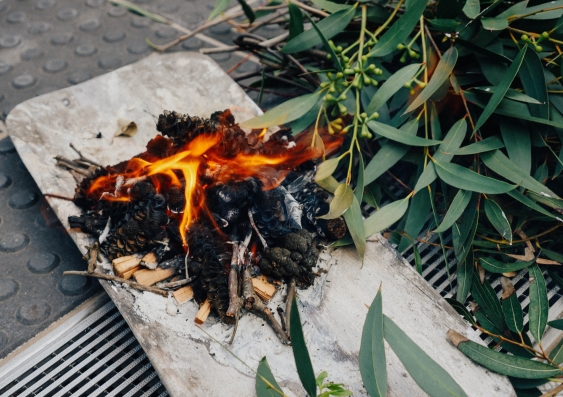 For Professor Sharples, combining traditional Aboriginal cultural burning practices and modern science is important, particularly as “climate change barrels down on us”.

Climate change, he warns, will increase the likelihood of extreme fires developing. This threat is created by both a predicted increase in dangerous fire-days due to climate change and the presence of a drier and more unstable atmosphere above the fires.

It is a fire’s interaction with the atmosphere above it which can increase the chances of these large firestorms developing from smaller fires.

For Professor Sharples, he will keep working towards understanding the complex and often bizarre behaviour of extreme fires using the mathematical toolkit he discovered back in high school.

“Then, hopefully, we can minimise or stop these big fires from forming in the first place.”