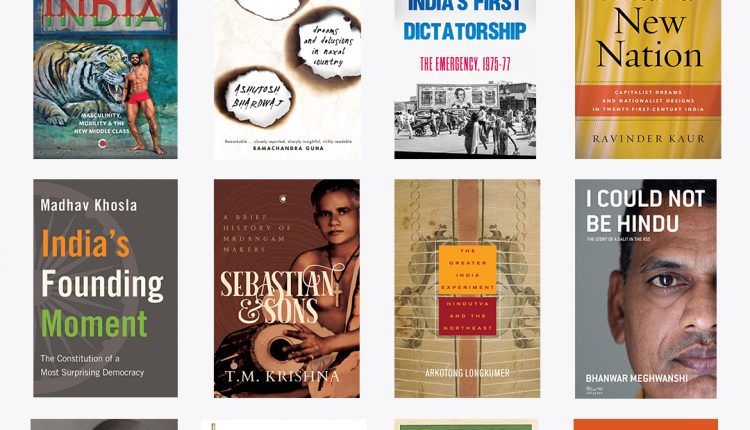 Bangalore : The New India Foundation announces the longlist for the fourth edition of the Kamaladevi Chattopadhyay NIF Book Prize, recognizing and celebrating excellence in non-fiction writings on modern and contemporary India. This longlist of 12 books reflect a compelling picture of the diverse narratives which embody independent India’s cultural, political, and social milieu in showcasing the finest non-fiction writing from and about the Indian subcontinent.

One of the most prestigious literary awards in the country, the Kamaladevi Chattopadhyay NIF Book Prize celebrates high-quality non-fiction literature published in the previous calendar year by emerging writers of all nationalities. Instituted in 2018, the prize carries a cash award of INR 15 lakhs and a citation.

From a large pool of books encompassing a range of topics, the Jury has longlisted 12 books for the Prize this year. These books cover decades of modern Indian history, nourish creative and conscious conversations around the Indian polity, and display a diversity of approaches and themes. Many of these works mirror India’s heterogeneity and intricately blend the country’s complex past with aspirations for its future.

According to the Jury: “We are delighted with our longlist which is not merely a collection of outstanding books, but is also incredibly diverse, as it covers more than a century of modern Indian history, and encompasses several genres: biography and autobiography, politics and history, art and music, gender and society.”

The 2021 Longlist (in alphabetical order) is:

The Kamaladevi Chattopadhyay NIF Book Prize builds on the New India Foundation’s mission of sponsoring high-quality research and writing on all aspects of the world’s largest democracy. The prize was named to honour the legacy of Kamaladevi Chattopadhyay: the great patriot and institution-builder who contributed significantly to the freedom struggle, to the women’s movement, to refugee rehabilitation and to the renewal of Indian theatre and handicrafts.

Last year, the prize was jointly awarded to Amit Ahuja for his debut Mobilizing the Marginalized: Ethnic Parties without Ethnic Movements (Oxford University Press) and Jairam Ramesh for his biography A Chequered Brilliance: The Many Lives of V.K. Krishna Menon (Penguin Random House). In 2019 it was awarded to Ornit Shani for her scholarly work How India Became Democratic: Citizenship and the Making of the Universal Franchise (Penguin Random House) and in 2018 to Milan Vaishnav for his remarkable debut When Crime Pays: Money and Muscle in Indian Politics (HarperCollins Publishers).

The Shortlist of 6 titles of the Kamaladevi Chattopadhyay NIF Book Prize 2021 will be announced in the last week of October.

Focus should be on 2Qs- Quality and Quantity while training workers says Union Minister for Labour and Minister Sh. Bhupendra Yadav