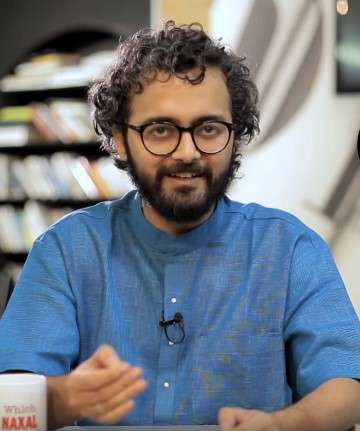 New Delhi:  The Media Rumble (TMR), the annual news and media forum, hosted by Newslaundry and Teamwork Arts, comes with its fourth session of TMR Dispatches on South India under the theme – ‘Reclaiming centre space in the news – A robust market and innovation hub’. Scheduled for 7th August2020, TMR Dispatches is an online series featuring ‘NEWS’ that spans the North, East, West, and South of India. It will bring together leading news professionals from these regions to discuss larger news media trends.

Sandhya Ravishankar , an award-winning journalist and Editor of The Lede, Abdussalam Puthige, Editor-in-Chief of the Vartha Bharathi Kannada Daily and varthabharati.in, MG Radhakrishnan, Editor-in-Chief at Asianet News TV, who  has  won many prestigious awards in journalism; Padma Priya, Co-founder and Editor of Suno India, a multilingual-multigenerational podcast platform for issues that matter; Meghnad, former LAMP fellow and currently associate editor at Newslaundry, will be part of the TMR Dispatches fourth session on Friday, 7th August at 5pm.

In a news landscape dominated by Delhi, media houses from the southern states have carved an effective space for themselves – it is regional media that drives journalism in Andhra Pradesh, Telangana, Karnataka, Kerala and Tamil Nadu. How can stories in regional languages translate for audiences in states with vastly different cultural and political backgrounds? How do South Indian newsrooms use social media and technology to innovate the way they report on stories? What are the business models that have been adopted – what has worked and what has not? Importantly, how can Delhi newsrooms be taught to not view South India as one entity? This session will seek to find answers to these important questions.

The fourth edition of TMR, titled TMR@Online, will be a digital-only forum. Scheduled for September 2020, TMR@Online will feature conversations and discussions on some of the most pressing issues concerning news media. Among the themes that TMR focuses on this year will naturally be the overwhelming impact of COVID-19, acknowledging the role of “media front-line warriors” while also analysing the economic impact of the pandemic on the news media – layoffs, ad-revenue trajectories and the need to rethink business models. Sessions on the migration crisis, and how it was covered by the press, will also be hosted. In addition, topics such as gender and caste composition of Indian media houses, press freedom, hate news, and the future of news media in an age of digital transformation will feature at TMR@Online.