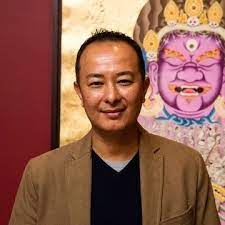 Kathmandu: The Rubin Museum of Art has announced the addition of Hong Kong­–based international lawyer and anthropologist Michael Moser and leading Nepali artist Tsherin Sherpa to the Board of Trustees. Tsherin Sherpa is currently representing Nepal in the inaugural pavilion at the 59th Venice Biennale, and the first mid-career retrospective of his work opened at the Virginia Museum of Fine Arts earlier this year.

Sherpa has served as a Rubin Museum Advisory Council member since 2020. Michael Moser has served on the board of several NGOs engaged in the cultural preservation and documentation of religious artifacts and art on the Tibetan Plateau. Both Moser and Sherpa join an expanding Board of Trustees who support the Rubin Museum’s mission, programs, financial planning, and growing focus on global initiatives and collaborative projects in the Himalayan region.