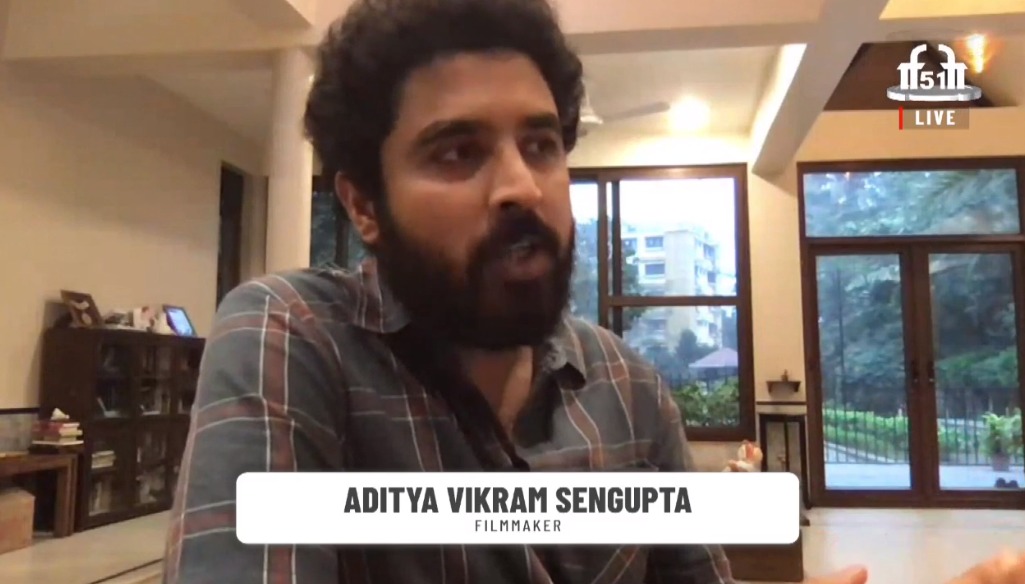 The shift to digital has changed the mind-set of film makers: Aditya Vikram Sengupta at IFFI 51 ‘In-Conversation’ Session

Panaji: The shift from analog to digital has changed the art of film-making, and also the mindset for film-making at the same time. “Digitalisation has been a game-changer. With the coming of digital age, taking re-takes has become easier and visualisation has taken a backseat. The process of capturing an image is not real anymore”, feels award-winning film director, cinematographer and graphic designer Aditya Vikram Sengupta. “Earlier there used to be magic in discovering things, even in terms of photography”, Sengupta opined, in course of a virtual In-Conversation session with journalist and documentary film-maker Rohit Gandhi on the topic ‘Past, Present and Future of Visualisation’, at the 51st edition of International Film Festival of India.

“I am just a medium serving to help a film grow”, stated the film-maker who is planning his next film on celluloid. About his influences and inspirations, he said, “My childhood, my growing up have an influence on my films. I have had a strong relation with Kolkata. I have been close to the city from a young age”. Film-making happened accidentally to him and he always wanted to be a doctor, said Sengupta. “My intention was to love life and share it with people. Film-making is almost like writing a diary. It is a tool for me to express what I want to express and I am pretty much obsessed with it”, he stated. In the context of OTT platforms, he said, “It is like a mall. There is so much of content”. He also opined, “Cinema is not considered as an art form anymore. Everyone is busy churning out as much as they can. But, in the process, ‘brewing time’ is not given to a film”, he added.

Sengupta further said, “All films cannot be placed in the same category. My kind of films will have a different financial model than a Rajkumar Hirani film. Channels, earnings, distribution – everything will be different There are different audiences, different markets”.

The film-maker whose debut film in 2014 earned him Indira Gandhi Award for Best Debut Film at the 62nd National Film Award, feels “Bollywood films still have the same old formula. But earlier, there used to be a solid, powerful storyline. But storylines have now become weak and need a lot of work”. However, he calls himself a Bollywood buff who was a huge Mithun Chakraborty fan and loved watching Anil Kapoor films.

3rd edition of the LSEF-UMass scholarship is back; promises opportunities in combating challenges of the changing world

“Being sensitive to sound is essential, especially the natural and atmospheric sounds, as they add up to the narrative”: Prof. Madhu Apsara, Associate Professor, FTII