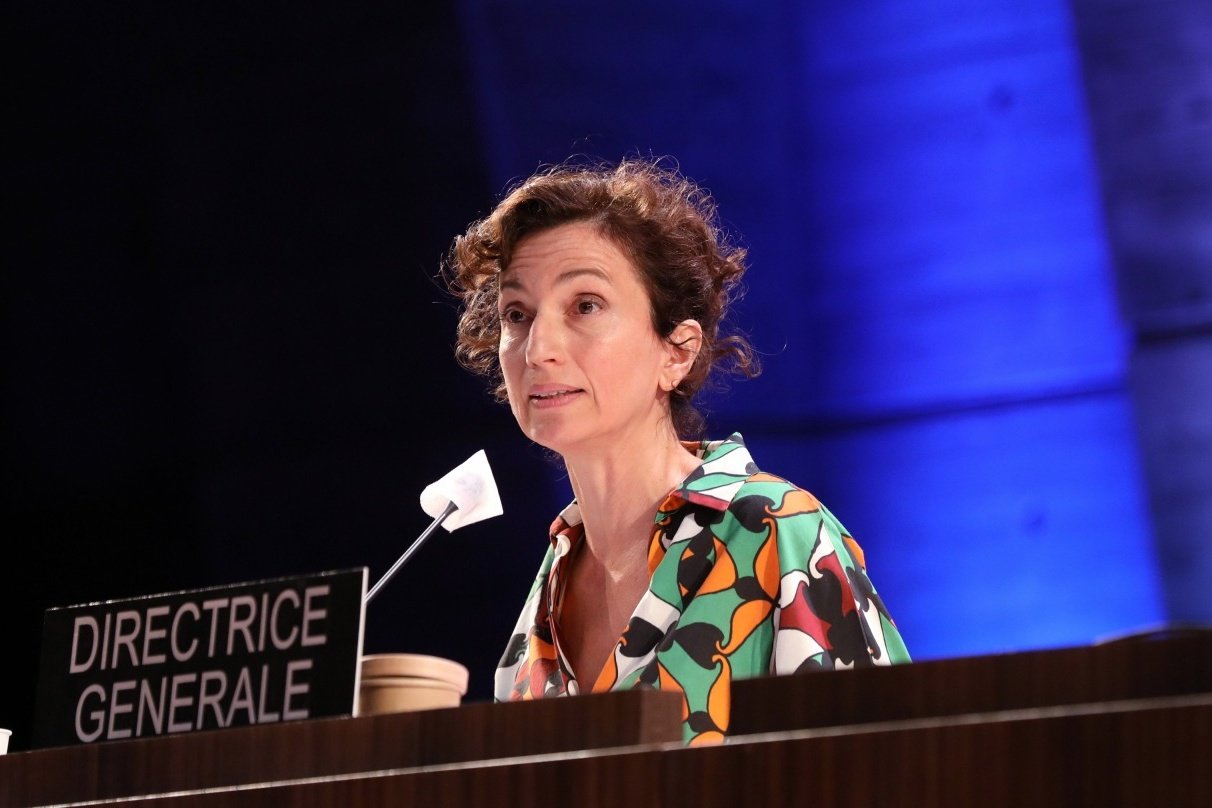 Proof of the effectiveness of the Strategic Transformation was tested and evidenced during COVID-19 by way of managing a rapid reaction and reinforcing UNESCO’s leading role in its areas of competency. This pandemic has underlined many inequalities, putting vulnerable people at risk. UNESCO has shown its importance in helping vulnerable populations under its mandate, which has been directly affected by the crisis. UNESCO’s Director General, Audrey Azoulay, highlighted this point in the opening of the 209th session of the Executive Board.

“We have a duty to respond to this need in the urgency of the pandemic, as well as afterwards. Firstly, by continuing our functional reorganization, to gain in flexibility and reactivity, but also in precision and specificity”, said Audrey Azoulay in her remarks during the event, which is being held in July at UNESCO’s headquarters after having been postponed for over 3 months due to the pandemic situation.

She spoke extensively of UNESCO’s response to the COVID-19 crisis to the Member States. The response to the health crisis has prioritized mobilization of cooperation and resources, advocacy and awareness-raising campaigns, provision of policy and technical support, and the generation of data and analyses. It has also supported states in establishing fair, inclusive and equitable education systems, the preservation of biodiversity, making science a powerful lever of international cooperation, helping culture in the service of innovation and social cohesion and combating discrimination and exclusion.

“In general, the initiatives to increase transversality in the crisis have allowed for better coordination of resources and actions, from which lessons should be drawn. I believe that we can also be pleased to have our new administration and management sector, which has enabled us to manage this crisis in a coherent and flexible manner,” said Audrey Azoulay. The Strategic Transformation, as initiated two years ago, established this new sector as a first step to boost the Organization’s efficiency.

Azoulay also highlighted that it is essential to have the experience gained from the crisis guide the Organization’s actions in the future. UNESCO is currently reflecting on its programmes and developing a new strategy, which will take the Organization to the eve of 2030.

“This is true both for our internal organization, with its emphasis on transversality, for example, and for the main areas of our mandate, redoubling our efforts in education or the environment as common goods. The construction of this Medium-Term Strategy is the task that we will undertake collectively in the coming months, first of all with the Member States, who will decide on it, but also with the National Commissions, UNESCO’s networks, the general public and especially youth,” explained Audrey Azoulay. “These young people will be able to contribute to our reflections on the world beyond, alongside intellectuals, citizens and public authorities.”

One of the flagship initiatives that came out of the COVID-19 crisis response has been the creation of the Global Education Coalition to support countries in scaling up their best distance learning practices and reaching children and youth who are most at risk of suffering from the consequences on the pandemic. The “#Learning never stops” campaign was launched to support and promote educational continuity and a Multilateral Education Platform was created to align efforts among key global education players.

UNESCO engaged with UNICEF and the World Bank to issue a framework for the reopening of schools and formed a consortium to implement a joint $25 million project to respond to COVID-19 at global and regional levels with funding from the Global Partnership for Education.

In the field of science, the mobilization of Ministers from 122 countries promoted open science and reinforced cooperation between countries. UNESCO also mobilized the international community to support artists and the creative sector through the ResiliArt movement, to promote knowledge-sharing and support creative professionals. The #ShareOurHeritage campaign is part of the work being done to promote access to culture, from World Heritage sites to living heritage practices. UNESCO has also promoted professional journalism and reliable information to prevent widely spread disinformation. Intellectual debates were hosted to strengthen the moral solidarity of humanity by organizing the “UNESCO Forum: Imagining the World to come“, an initiative highlighting the Organization as a laboratory of ideas. These are just a few examples of actions that have had a tangible impact.

The Strategic Transformation has also put in place a new communication strategy for public awareness and advocacy and a strategy for comprehensive partnerships, that have seen positive results. UNESCO’s Director General brought up multiple examples of campaigns that have been successful in mobilizing followers on UNESCO’s platforms, such as #Don’tGoViral or “Facts”, enabling UNESCO to gain visibility on social networks. In one year, UNESCO has gained two million subscribers to our various accounts, an increase of 20%.

The lack of both human and financial resources has been limiting the Organization for several years. However, during the last biennium, voluntary contributions have increased considerably, reaching $710 million, which is a 50% increase over the previous biennium. Azoulay thanked the partners and Member States for this, saying that it demonstrated their confidence in the Organization. New private sector partnerships have been also agreed upon, for example with Orange for Sub-Saharan Africa, Prada for the oceans and Group LVMH for the natural ecosystems and biosphere reservation. These contributions and partnerships are fundamental in reinforcing the work under UNESCO’s mandate and allow for greater impact.