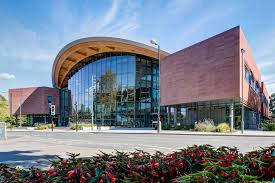 Currently there are 24 million victims of modern day slavery or forced labour around the world, with a significant amount working on project-related activities.

In a report for the Association for Project Management, WMG academic Professor Naomi Brookes from the University of Warwick has worked with the University of Leeds, and University College London to identify ways to prevent modern day slavery in projects.

The key drivers of modern day slavery are:

At an organisational level there are a range of structural solutions that could inhibit modern slavery, including developing a clear policy on forced labour and slavery; training auditors and compliance officers; establishing measures to monitor suppliers and subcontractors and extending monitoring to contract agencies.

However the public can also help from home, by increasing pressure for visibility within supply chains. If supply chains are forced to show their sources and more companies apply for fair trade certification they will eliminate slavery.

The Government can also apply new legislation, although the UK’s Modern Slavery Act exists, in 2019 a panel of parliamentarians found that there was confusion over which companies are covered by the legislation, and condemned the level of reporting of supply chain transparency as inadequate.

They also found poor compliance and identified a major weakness in the legislation, since large sections of the economy, including public bodies, were exempt from the requirement to report on their own supply chain. Therefore new legislation that all must report on their supply chains could be another route forward to eliminating modern day slavery.

Another, and perhaps more effective route given the complexity of eliminating modern slavery given the difficulties at organisational and legislative levels, is multi-stake holder initiatives (MSIs), which consist of global institutions involving corporations and civil society organisations that ‘fill the gap’, providing governance solutions for ethical issues where national legislation and other initiatives have failed.

Professor Naomi Brookes, from WMG, University of Warwick comments:
“MSIs can privately regulate by meeting the basic requirements of credibility and effectiveness. If we could compare the legitimacy of several MSIs it would give us a better understanding of the criticism levelled at certain MSIs by NGOs, as well as areas that could be improved.”

Although MSIs may seem the most efficient way to tackle modern day slavery, when it comes to projects, which tend to be short-term, project management practices must be changed.

The researchers questioned many individuals from professional membership organisations, project practitioners, NGOs and academic researchers and independent experts to answer a questionnaire, which covered their individual and organisational experiences of modern day slavery.

There was then an event, where the experts were split into groups and had to answer two questions:

1. What can project professionalism do to eliminate modern slavery from projects?

2. What can professional membership organisations do to assist project professionals in eliminating modern slavery from projects?

Professor Naomi Brookes, from WMG, University of Warwick comments:
“In reaction to the survey and event we found the best way to eliminate modern slavery was to have MSIs, it was striking to note the similarity between the participants views of professional membership organisations and functionality of MSIs in developing codes of conducts, providing learning standards as well as processes, standards and policies, issuing labels and certificates as a stimulation of legislation and developing mechanisms for auditing and compliance trans-organisationally.”

Daniel Nicholls, APM research manager, says: “This topical research is key in helping to raise awareness of modern slavery across the wider project profession. It highlights how projects are particularly susceptible, providing guidance and support for project professionals and organisations.”

In order to eliminate modern slavery in projects, further investigation of professional membership organisations acting as MSIs would be use key to identifying mechanisms of modern slavery.