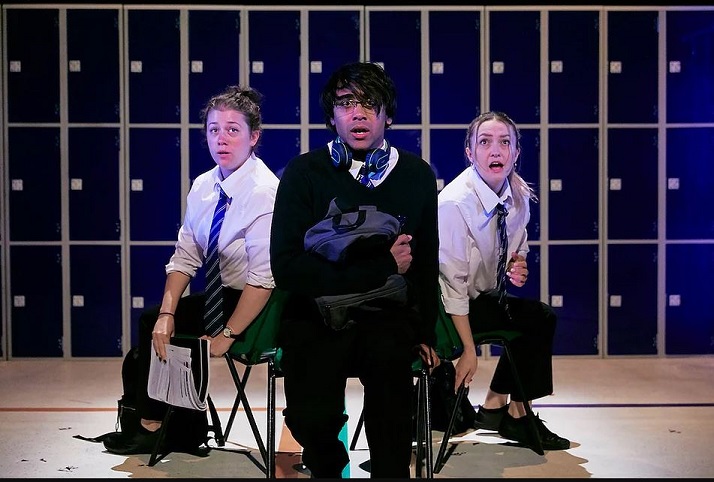 Sociologists from the University of Nottingham are forging an innovative partnership with the award-winning LUNG theatre company, with their latest collaboration being broadcast this week on BBC Radio 4’s prestigious afternoon drama slot.

Who Cares is based on interviews over two years with young carers in Salford, with their insights used verbatim to create a gritty drama. The play was created by Matt Woodhead, one of LUNG’s co-Artistic Directors with Helen Monks, who have now been made honorary research fellows with the School of Sociology and Social Policy.

The production and its educational resources aim to highlight the ‘hidden’ lives of young carers in society and signpost the support available to them. Who Cares was broadcast at 2.15pm on Tuesday 9 February and is available on BBC Sounds. The play has also been adapted as a film, which will be released in schools this summer, and has twice gone on national tours, including shows at the House of Lords and Edinburgh Fringe Festival.

LUNG is now working with Assistant Professor in Social Work Dr Lisa Warwick on The Children’s Inquiry, a musical exploring the care system for children, which will give ‘unheard’ young people a voice, spark debate and create educational resources for students, teachers, social workers, police and care workers.

Dr Warwick is a qualified social worker and her current research is focused on child protection and keeping families together in challenging circumstances.

Head of the School of Sociology and Social Policy, Professor Ian Shaw, said: “LUNG has a national reputation for its innovative approach to campaign-led verbatim theatre, where people’s actual words give a voice to communities and groups who might otherwise go unheard.

“We share their commitment to informed and evidence-based debate and presenting research to wider audiences. Working with Matt and Helen is an exciting opportunity for our academics to explore opportunities to share our research in creative and engaging ways, with the potential to influence policymakers and ultimately change lives.”

LUNG is currently collaborating with Principal Research Fellow Dr Philippa Tomczak on a production about prisons and the justice system, and a project  exploring detention centres and deportations will also draw on world-leading research by the School of Sociology and Social Policy.

Helen Monks said: “This is a brilliant opportunity for us – it’s opened such a door for our work. All of our work is research-based and has academic rigour, so our honorary research fellowships have been brilliant at feeding into our practice.

LUNG’s partnership with the School of Sociology and Social Policy came about through its play, Trojan Horse, inspired by Emeritus Professor John Holmwood’s research in the furore surrounding the alleged Islamification of schools in Birmingham. Professor Holmwood’s research inspired the production and he joined the show’s tour, sitting in the post-show discussion panels, including at the Houses of Parliament and Edinburgh Fringe Festival, where it won a Fringe First Award. Trojan Horse went on to win an Amnesty International Freedom of Expression Award and has raised serious questions about Prevent, the UK’s counter-extremism strategy and the teaching of ‘fundamental British values’ in schools.1

To coincide with the BBC Radio 4 airing of Who Cares, LUNG is launching the Digi Fund, to help provide young carers with access to digital technology. One third of the 700,000 young people caring for a loved one in the UK come from low income families and many do not access to WiFi, laptops or smartphones to help with schoolwork or manage their caring responsibilities. It is part of the Who Cares Campaign, launched in 2019, which has been working throughout the pandemic to support young carers.

Who Cares was funded by Arts Council England, CuriousMinds and the Oglesby Charitable Trust and co-produced by Salford arts centre The Lowry and LUNG in partnership with Gaddum, a charity providing health and wellbeing services in Greater Manchester.