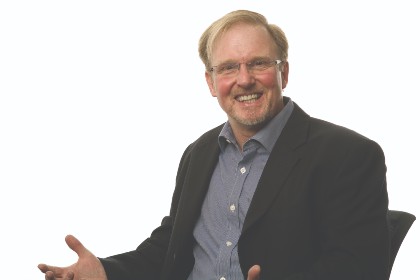 Mumbai: ShortsTV, the world’s first 24/7 channel dedicated to short films is back with the 2020 edition of its indigenous Best of India Short Film Festival, allowing filmmakers to submit entries online. Now in its third edition and having received over 1000 entries already, the Festival allows Indian filmmakers a chance to showcase their craft and creativity to the global audience.

Established with a goal to honour & recognize the exceptional work of Indian filmmakers and opening new opportunities for them, the ShortsTV Best of India Short Film Festival shortlists the top 5 films from the entries. These shortlisted films will be winning a theatrical release in Hollywood which qualifies them for Oscar® consideration. The five shortlisted films also receive prize totalling $2,500 and are eligible for a television broadcast deal on ShortsTV.

Commenting on the occasion, Carter Pilcher, Chief Executive, ShortsTV said, “Indian filmmakers have unparalleled creativity and deserve global recognition. We created the ShortsTV Best of India Short Film Festival as a launching pad to give the best Indian short filmmakers a shot at Oscar® recognition. These prizes are the pinnacle of film and India’s filmmakers have been shutout of the competition. That’s starting to change. We have seen some amazing films during the first two editions of the Festival, have gotten a great response so far for the 2020 edition and are seeing some films that might break-out. It’s exciting.”

Winners of the 2019 edition were Half Full, featuring veteran actor Naseeruddin Shah and versatile actor Vikrant Massey, and Counterfeit Kunkoo, written and directed by Reema Sengupta. The other shortlisted movies that qualified for Oscar consideration include Unfamiliar by Rahat Jain and Maya by Vikas Chandra. Subscribers can watch and enjoy the previous years shortlisted and winning short films such as Unfamiliar and Shunyata on ShortsTV.

Workshop on ‘Quality Research and Publication…

Nationwide participation of students and artists sees the…

To be eligible for the competition, entries need to be “narrative” live action short films with a total running time of 40 minutes or less where either the writer, director or producer is from India and the film’s final form is in High Definition (HD) or DCP.

Key dates for the competition are as follows:

For further details on the Festival and submission guidelines, filmmakers should visit: https://filmfreeway.com/BestofIndiaShortFilmFestival