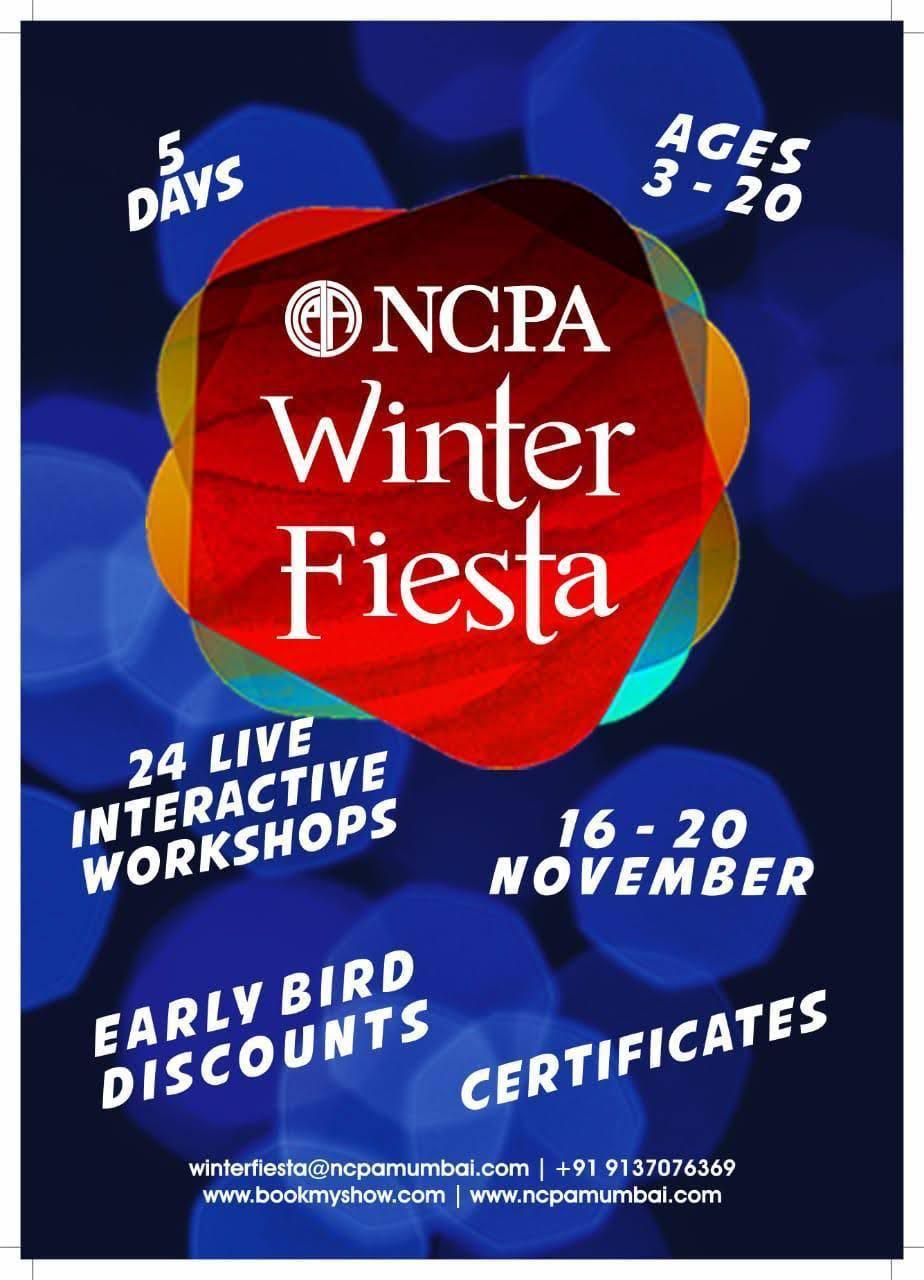 This Diwali, the National Centre for the Performing Arts (NCPA) spreads joy amongst kids with ‘Winter Fiesta’ online

Mumbai: In the current environment, when kids are compelled to stay indoors and there has been an increased demand for ways to keep them safely engaged, this Diwali, the National Centre for the Performing Arts (NCPA) is delighted to bring creativity into your homes with Winter Fiesta. This year, a virtual version will be accessible to both kids & parents across India as it is slated to reach out to a much larger universe with a lineup of unique art and culture experiences.

Amazon invites entries for the fifth edition of KDP Pen to…

Indeed, staying true to one of the key objectives of bringing people together, the workshops are slated to be held from November 16-20, 2020. In order to register, you can visit www.bookmyshow.com or www.ncpamumbai.com or write an email at winterfiesta@ncpamumbai.com

Commenting on Winter Fiesta, Bruce Guthrie, Head of Theatre and Films, The National Centre for the Performing Arts (NCPA) said, “Going virtual is the need of the hour. Today everyone is consuming information and entertainment virtually and kids are no exception to this. It has been NCPA’s constant endeavor to curate world class arts and culture experiences for the younger generation and hence, we decided to introduce Winter Fiesta in a virtual format given the current situation. The five-day long festival will act as a catalyst in providing both, the kids and youth, a unique and vibrant opportunity to learn, play, and be active while staying at home’’

Aimed at broadening creative minds, this festival will empower both the youth and kids by inspiring their imaginations through exciting workshops held by renowned experts. These workshops will focus on enhancing self-expression in an informal and non-competitive environment. From magic, to classical music, to dance, to creative writing, to physical theatre, there is something for children belonging to every age group. At the end of the workshop, all the participants will receive an official certificate of participation from NCPA, signed by both workshop experts and NCPA Genre heads.

by Rima Medhi for Creatiwitty.inc.

conducted by Naren Lalwani from Ashley Lobo’s The Danceworx 9 to 11 years 16th November – 20th November 5:30 PM to 6:45 PM The Puppetarians

Guthrie is a member of The Guildford School of Acting’s Advisory Board and has been Artistic Director of the National Youth Theatre of Wales. Some of the concerts and events he has helmed have been part of HRH The Prince of Wales 70th Birthday Celebration, and The Welsh Guards Centenary Celebration in 2015 for the Welsh Guards Charity.

Grundfos India partners with CII to strengthen discussions around water-security

Centre of Excellence for Electric Vehicle Technology Inaugurated at FET, MRIIRS in…