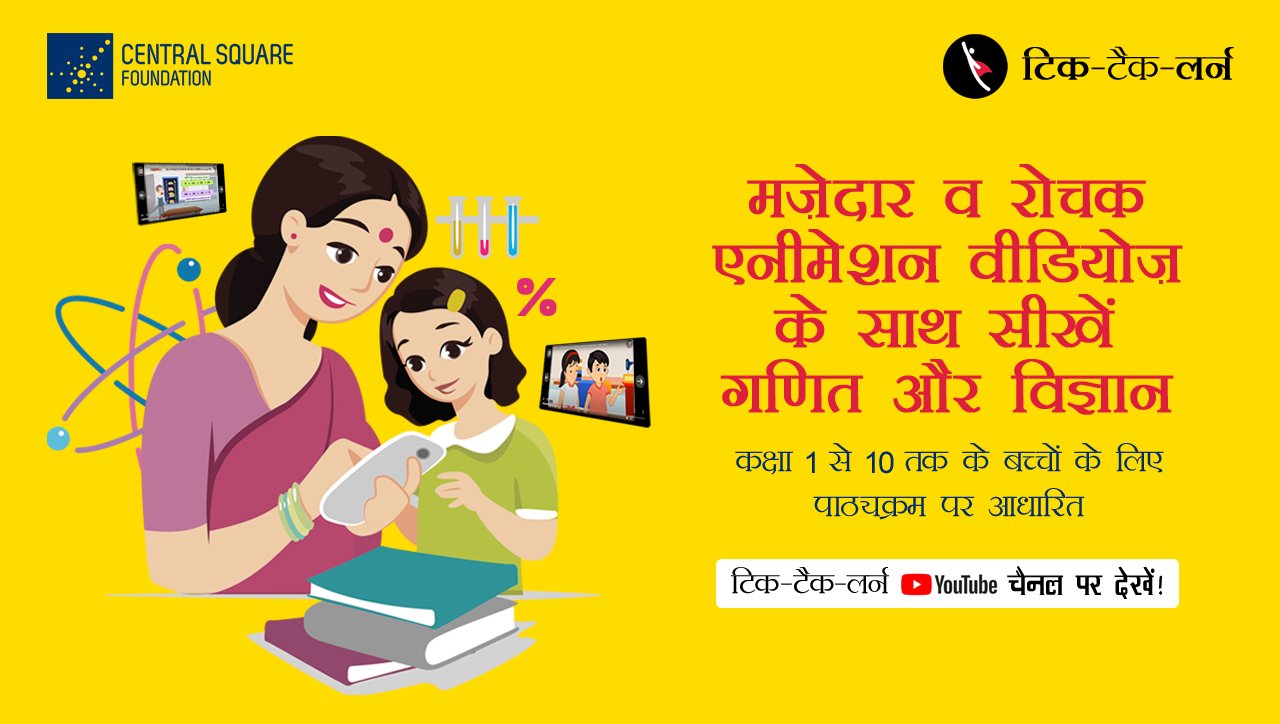 New Delhi: TicTacLearn – a repository of 10,000 fun and engaging learning videos for Math and Science in five different languages for students in classes 1 to 10 – clocked up 1 lakh subscribers on its Hindi playlist on YouTube in 9 months of its launch.

EdTech’s real potential hasn’t yet been unlocked in India 2 and India 3 despite growing internet penetration, and the dearth of contextual content is one of the major reasons for this. A collaboration between Central Square Foundation and Google, TicTacLearn was launched to address this growing need for high-quality educational content in vernacular languages. The repository now has 10,000 videos on YouTube, available in English, Hindi, Telugu, Marathi and Odia.

This reach was made possible by a network of collaborations which brought together various stakeholders such as the central and state governments, NGOs, and several other organizations in the ecosystem. Currently, TicTacLearn has been approved in 17 states, streamed on television in 6 states reaching approximately 300 lakh children and has also been extensively used via WhatsApp.

Schools are gradually reopening but online education will continue, Ramesh Pokhriyal ‘Nishank’, the Education Minister had recently stated. TicTacLearn aims to continue to supplement school learning, make the content even more accessible and ensure 1 billion views by the end of 2023.