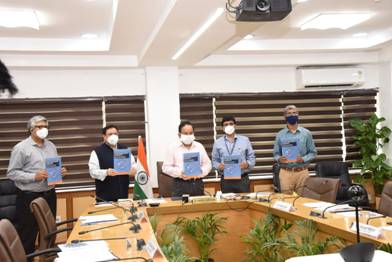 New Delhi: Indigenous production of Active Pharmaceutical Ingredients (APIs) needs to be scaled up to a level where the production is economically viable, says a report which identified a list of APIS that need prioritized manufacturing and the associated advantages.

The report titled ‘Active Pharmaceutical Ingredients- Status, Issues, Technology Readiness, and Challenges’ was brought out recently by Technology Information Forecasting and Assessment Council (TIFAC), an autonomous organization under the Department of Science & Technology, Government of India.

The major recommendations given in the report include focus on engineering and scale aspect of technology development, need for Mission mode Chemical Engineering with defined targets for uninterrupted synthesis of molecules and to create mega drug manufacturing clusters with common infrastructure in India and the technology platform to be developed for biocatalysis towards reducing process steps for cost optimization and for fluorination, Investment on priority in fermentation sector of large capacity and scale supporting techno-economic feasibility, attention to technologies like hazardous reactions, flow chemistry, cryogenic reactions, and membrane technology.

The report further suggests chiral building blocks through biocatalysis for production of niche intermediates involving enzymatic reactions or fermentation as an area of potential exploitation for Indian API industry and focus on antiviral drugs, which require nucleic acid building blocks – Thymidine/ Cytosine Adenine/ Guanine none of which are manufactured in India because of lack of cyanation plants.

COVID 19 pandemic has firmly put the focus of our Nation on being “AtmaNirbhar”. The TIFAC White Paper titled ‘Focused Interventions for ‘Make In India’ post-COVID 19’ brought out the strengths, market trends, and opportunities in five Sectors, including Healthcare, which are critical from country’s perspective. This paper strongly brought out the import dependence for APIs, especially from China. In view of changing geo-political scenario and recalibrated trade alignments, it is imperative that India become self-reliant in production of APIs.

The pharmaceutical industry in India is third largest in the world, in terms of volume, behind China and Italy, and fourteenth largest in terms of value. It has a strong network of 3,000 drug companies and about 10,500 manufacturing units with a domestic turnover of Rs 1.4 lakh crore (USD 20.03 billion) in 2019, with exports to more than 200 countries in the world.

Despite a very strong base, due to low-profit margins and non-lucrative industry, domestic pharmaceutical companies have gradually stopped manufacturing APIs and started importing APIs, which was a cheaper option with increased profit margins on drugs. With the availability of cheaper APIs from China, the pharmaceutical industry relies heavily on imports. The imports from China have been increasing steadily and now stand around 68%. To address this, TIFAC has recommended policies to address the requirement of APIs in short & medium term to make our country self-reliant.