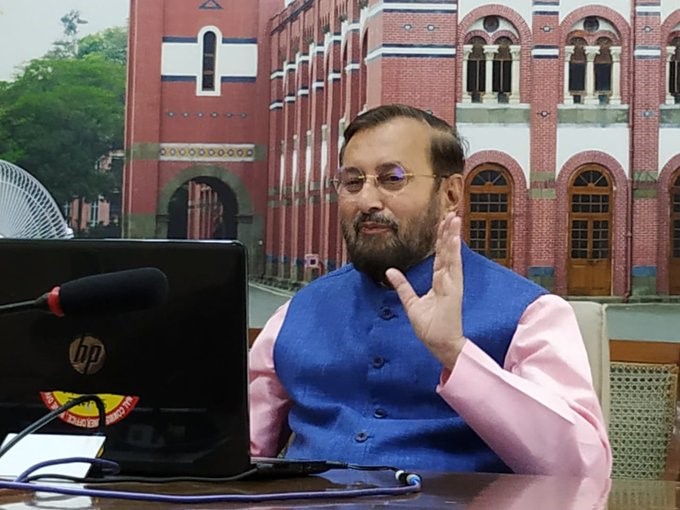 New Delhi: “Next month will be crucial for containment of COVID-19 in Pune, hence it is necessary that we change our appeal from “Don’t be afraid, take precaution” to the new appeal of “Don’t be careless, take precaution”. The Union Minister Shri Prakash Javadekar said this, after taking stock of Covid situation in Pune today.

The Minister held three meetings today to review the spread of COVID-19. The first meeting was with officials of district and state government. The second meeting was with people’s representatives and the third with editors of newspapers. “We received many suggestions and we have formulated a plan of action. We will increase antigen tests in containment zones. We will also soon begin second round of serological survey; this time, the sample will be bigger”, he said briefing media in the evening.

The third initiative that will be taken is the implementation of directives to wear masks. Strict fines will be levied: Rs. 500 for not wearing masks and Rs. 1,000 for spitting in public.

“We need to break the chain. Cooperation from the media is very important in this fight, it is everyone’s fight. Coordination among various agencies is necessary. We have also decided that updated information will be shared periodically so there is no information gap. The centre will give all possible help in this regard. In a day or two, we will come out with an action plan for Jumbo facilities” Shri Javadekar added.

Earlier, newspaper editors gave various suggestions for containment of COVID-19. It was suggested that fatigue due to continuous hard work of 3 to 4 months was being observed and that law enforcement agencies seemed to be exhausted and were seen in fewer numbers on roads. It was also suggested to create a one stop solution for providing information about ambulance and availability of beds.

Maharashtra Deputy Chief Minister Shri Ajit Pawar said that the recent death of a TV9 reporter due to alleged lack of medical care was being inquired into and informed that the report would come in a day or two. He said the crisis faced by Jumbo facility in Pune was due to sudden and unexpected number of cases, Shri Pawar called for increasing production of oxygen for industrial as well as medical purposes. “We should ensure that lives are not lost due to unavailability of oxygen”.

State Health Minister Shri Rajesh Tope said that since we are now in the phase of unlock, it is very crucial that media spreads the message of caution and precaution. Along with negative data, media should give positive data also. It should encourage people to seek timely help so that mortality remains low. He said the dashboard suggestion for ambulance would be implemented. Shri Tope also appealed to all the media to spread the word about Mahatma Phule Jan Arogya Seva”.

Pune Divisional Commissioner Saurabh Rao gave a presentation during the meeting. He attributed the load of cases from neighbouring districts, breakdown of oxygen supply at Sassoon Hospital and festival period for the recent surge in number of COVID-19 cases. Shri Rao said that Pune has till date performed 8 lakh tests and the doubling rate of Pune is 32 days, while the recovery rate is 80%. The fatality rate which was 4.40% on June 1st is now down to 2.39%.

Pune Municipal Commissioner Vikram Kumar informed that there are 74 containment zones in Pune and 11% of the population lives in them.