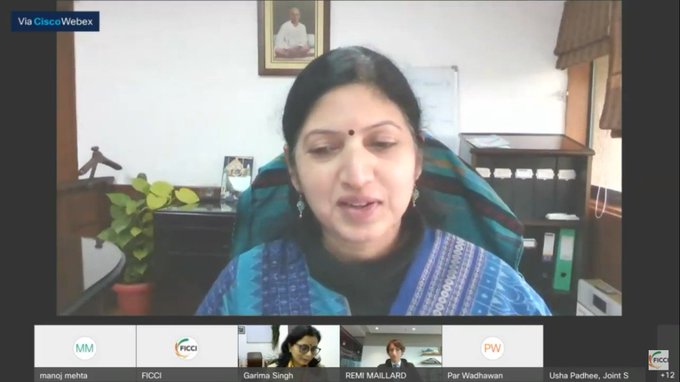 Time to move from generics to specifics in aerospace manufacturing: Civil Aviation Secretary

Speaking at the Aero India 2021- 13th Biennial International Exhibition & Conference on ‘Making India Self Reliant in Aerospace Manufacturing’, organized by FICCI and Ministry of Civil Aviation, Mr Kharola said that it is now time to move from generics to specifics as far as aerospace manufacturing is concerned. Drones are an important part of the aerospace industry. Our young entrepreneurs can capitalise on the various reforms being brought in by the government, he said.

Mr Kharola said that the aerospace industry ranges from R&D and design, manufacturing to MRO. “The MRO (Maintenance, Repair, Overhaul) is a fledgling industry, and we are working towards making it more vibrant and sustainable and to ensure that India emerges as the MRO hub of the region,” he added.

Elaborating further, Mr Kharola said that with fast expanding skies, most aircraft need to be sent abroad for maintenance and repair. “This is the lowest hanging fruit that needs to be plucked. We are working on certain reforms- the tax policies have been rationalised. As a result, our MROs are on a level playing field,” he added.

Mr Kharola said that manufacturing that was thought to be an exclusive domain of the public sector, now has private players moving into India into the components manufacturing sector. This is a sector that needs to be strengthened further and this is the sector where the actual growth will come from. It can grow monumentally, he said.

We have a large defence requirement- the defence offset policy wherein a favourable environment has been created for investments to be made in India and this requirement will only increase. “We need to sit together with stakeholders and identify opportunities to get the required synergy to sustain the aerospace sector,” he noted.

Further, Ms Dawra said that India will need a roadmap to boost manufacturing of the critical components. “India is open to partnering with the manufacturers of the world under Make in India and be a critical partner of the supply chain of aerospace manufacturing. The DPIIT has also been working on creating a national single window system which is projected to be launched by mid-April 2021, which will be a convergence point for clearances for investors. We have also put together and launched a GIS enabled land bank which is in public domain now,” she added.

“We have also undertaken an exercise to rate industrial parks of the country to facilitate investors in making their investment choices,” noted Ms Dawra.

Mr Amber Dubey, Joint Secretary, Ministry of Civil Aviation, Govt of India said that India must be on manufacturing radar of every company. “The foreign manufactures will come in only when they get a reasonable size of the market and use India as a springboard for manufacturing and exports. Our dream should not be to make India the tenth largest in the world but among the top three choices that they (the foreign manufactures) have,” he said.

Mr Dubey further added that there is a great deal of consciousness that we will no more be a nation of buyers and importers. “Indians are sharp enough to absorb any technology and we are looking at a job-filled growth and not jobless growth,” he added.

Ms Usha Padhee, Joint Secretary, Ministry of Civil Aviation, Govt of India said that civil aviation as a sector has emerged as an engine for development. “Globally, civil aviation is on a recovery track and nationally, this sector is going to play an important role in achieving the USD 5 trillion economy goal of the country.” The aviation sector has shown its courage and resilience in bouncing back, she said.

Further, Ms Padhee said that it is the government’s responsibility to create an ecosystem on which private entrepreneurship grows. “The government has been taking initiatives to smoothen the ease of doing business, build ecosystems, and open up financial services for various initiatives that can give fillip to aviation manufacturing,” she added.

Mr Remi Maillard, Chairman, FICCI – Civil Aviation Committee and President & MD, Airbus India said that there is a need for accelerating the transformation of India as a manufacturing hub and accelerating the regulation changes.

“It is gratifying to see Indian companies achieving laudable competency in all areas of aerospace manufacturing. Making India Atmanirbhar in the aerospace manufacturing does not mean copy-pasting capabilities that are already existing elsewhere. We must leverage the country’s immense competencies and talent pool to leapfrog to the technologies of the future. Ambition should be to enable India to take an active part in the development of the next generation,” he said.