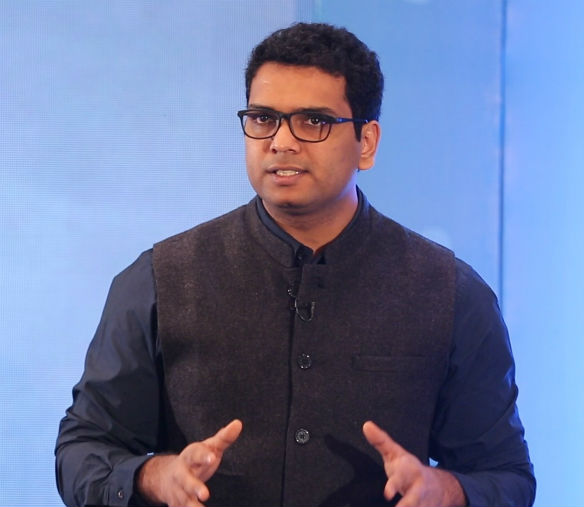 New Delhi: Bestselling author and playwright Sachin Garg released his first short film titled ‘Tinder – Ek Prem Katha’ on social media expecting that his friends and family would watch it. In no time, the video garnered tremendous appreciation from viewers who found it heartrending and resonating with the emotions on Independence Day. The film can be seen on Facebook and YouTube.

About 12-minutes moving video touches upon the sensitive issue of relations between the people of India and Pakistan. It has been made to touch the emotional chord of people both in India and Pakistan. The video is about how technology is bridging gap between people separated by physical and political distance.

It is the story of a 32 year old Amandeep Singh, for whom the prospect of talking to a girl has always been a distant dream. But one fine day, he hears about this new app called ‘Tinder’, which can help him talk to girls, without even stepping out of his house. His mind is blown at this revelation and he can’t sit still until he realizes that getting a match on this app is another challenge. When he does get a match, we see how technology can lead to bringing together two people who are different in a way they have no idea about.

‘Tinder- Ek Prem Katha’ sends out great message at a time of cynicism. It brilliantly deals with its subject without being preachy. It has a dose of romance, humour and drama.

Talking about the film, author and director of the film Sachin Garg said, “The idea was to give a positive message in a way that would resonate with people. I’m getting a lot of messages from people saying they got goosebumps in the end which suggests that I’ve managed to achieve it to some extent.”

The film stars actor Shivankit Parihar who knew he wanted to be a part of the film the moment he heard the story, even though Sachin had no prior experience in film making.

On this Independence Day, EsselWorld salutes the real heroes of India